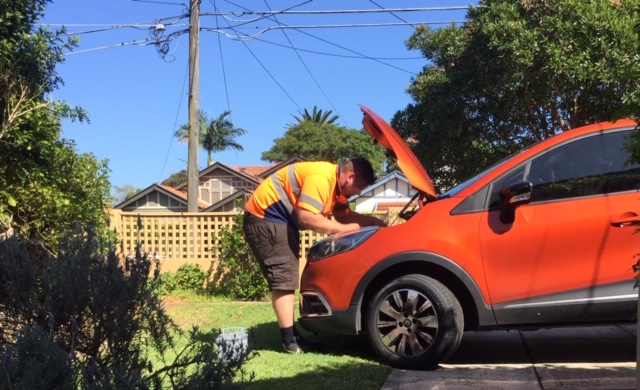 Regular readers of HouseGoesHome won’t be surprised to hear my Sunday started as above.

I jumped behind the wheel at 7.30am to go to Pump class and the bloody car wouldn’t bloody start.

It just kept flashing “traction on” and “brake fail” messages at me.

Luckily my friend Alice kindly interrupted her pre-class stretching to come and get me.

Around 10.30am, a 19-year-old “P” plater arrived in his assistance van to assess the situation. Actually, it turned out he’d lost his licence recently – for reasons I chose not to explore – so the “P” plate belonged to his girlfriend, who drives him around five days a week to fix people’s cars.

As proof of my advancing years, I felt mild consternation that a child had been sent to fix my car.

But he seemed to know what he was doing and he definitely knew how to charge.

It turned out my car battery was cactus and he quoted me $390 for a new one.

Apparently batteries for stupid French lemon cars are really expensive because they have to be super duper special to cope with the demands of their start-stop buttons.

Even so, they still burn out every three years. And without warning … which is highly ironic for a car that gives me constant electronic messages about every other damn thing that is wrong with it.

Admittedly both of these recent problems have nothing to do with the car being a lemon, they are just unfortunate facts of life, but they have not improved my negative feelings towards the vehicle.

I figured my only option was to pay the $390 for the battery because I needed to help DD collect his brother and family from the airport. They were arriving from the UK for a holiday and DD couldn’t fit all four of them and their suitcases into his Saab.

So the new battery came in very useful during the three hours of driving I did criss-crossing Sydney.

Fortunately there were lots of happy moments in my weekend.

It kicked off with a glass of rose at a very funky little bar in the city called Uncle Mings. We had dumplings and a chitter-chat with DD’s friend Cliff, who is living in Oxford these days, but has popped home for a few weeks’ holiday.

Then DD and I dashed off to see a theatre competition, where a series of mini plays were performed and judged by the audience. My enjoyment of the event was tarnished slightly by my ex and children sending me 500 text messages about a nuclear argument they’d had in the car.

Fark another dark … I’m not sure why they chose to include me in something that wasn’t my problem when they knew I was at the theatre, but anyways …

I soothed my frazzled spirit with a swim on Saturday afternoon, followed by a sunset tipple at Clareville Beach. My friend Sue gave us a bottle of fancy French Chablis for our 50th birthday and we finally had the chance to uncork it somewhere special.

Here are a few happy snaps from my topsy turvy weekend: 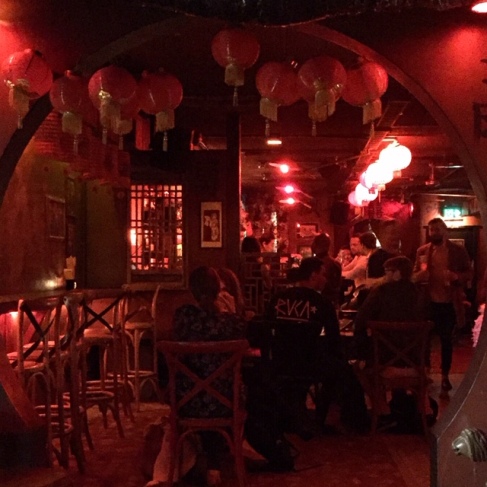 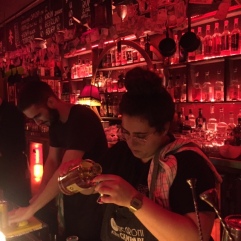 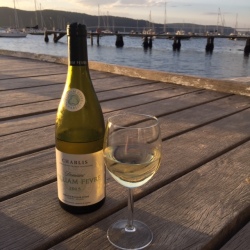 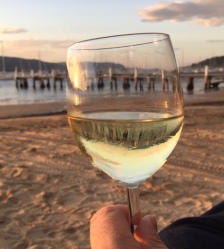 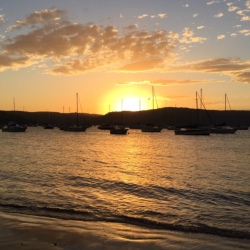 Song of the day: Willie Nelson “On the road again”