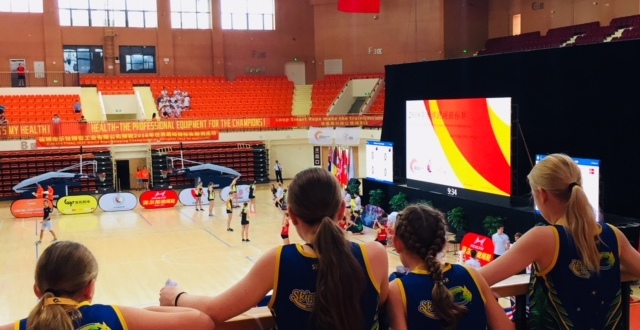 OK, I’ve told you all the good stuff about my visit to Shanghai. Now it’s time for the reality check: the trip broke me a bit.

I’m on the mend, but I was pretty low for the last few days there and the first few back.

There have been some tough moments in 2018 that I haven’t been able to share publicly. Fortunately, there’s also been lots of love and many happy memories.

It’s been a year that’s simultaneously lifted me up and kicked me in the head. I’ve sometimes felt like I’m barely keeping my head above water.

What I really needed was a break from it all; instead, I took two weeks off work to go to Shanghai for the World Rope Skipping Championships.

The Championships were a once-in-a-lifetime experience, especially for the youngest. But they weren’t a break from it all.

So I headed back into the mosh pit of normal life feeling more frayed than I left it.

The Championships were an emotional pressure cooker for everyone.

The food violently disagreed with me. I still feel slightly nauseous.

My upset stomach meant I usually needed to stay close to toilets ..: preferably not squat style ones.

The bathrooms at the venue featured a single roll of toilet paper on the wall outside all the cubicles. That meant you had to guesstimate how much you’d need BEFORE you went in …

I also found it hard being overseas in the same country as DD, sometimes even the same city, but not seeing each other. His hugs are a human version of Rescue Remedy for me when I’m feeling down.

And finally, I forgot I was 50 and spent the closing ceremony sitting on the concrete floor, twisted at a funny angle, taking photos through the balcony bars. My chicken/splits injury flared up again so badly that I needed Voltaren to sleep for about five nights afterwards.

All that stuff meant there were a few self-pitying tears along the way … in the shower, a cab, the hotel lift …

I’m a strong woman who doesn’t let anything get me down for very long. But I’ve lost the resilience to deal with too much drama, intensity and big cities.

Shanghai is an amazing place, filled with history and energy, but it’s not soothing for the soul.

As I battled through each day alongside its 24 million inhabitants, I yearned for open spaces and beauty and peace and the ocean.

Busy cities used to be my idea of holiday heaven – New York was my version of nirvana. Not any more. I’ve become the middle-aged tourist who wants to tour the back roads of Tassie or New Zealand. If I make that horrendously long trek to Europe again I’m not keen on its capitals. I want to escape to the wilderness and look up at the Northern Lights or explore the little country towns.

In the meantime, I’m looking forward to it being 24C on Saturday – I’m determined to swim in the ocean, despite the water temperature hovering around 17C. I will plunge into the waves and soothe my soul.

Oh, and on the massive plus side, I’m pretty sure it was a trip that the youngest will never, ever forget. It was wonderful that she got to march out into an arena, representing her country at an international sporting level.

My eyes pricked with happy tears in the bus as we headed to the stadium for Team Teal’s events. A member of Team Australia started playing Queen’s “We are the champions” on their boom box and everyone sang along.

So, despite the challenges, I reckon I’ll take a deep breath and do it again all if she gets another chance. Just keep your fingers crossed that it’s not during a heatwave next time.

Song of the day: Queen “We are the champions”