Every now and then my job entails going to functions where there are lots of free cocktails and barramundi sliders and hawt men in tuxedos.

Actually, no, last night was the very first time.

It was the Bacardi Legacy Cocktail Challenge at the Eternity Theatre in Darlinghurst.

I have no idea why some of the hawt men were wearing kilts, but I liked it.

My sister agreed to be my plus one for the event.

Poor her. The things you do for love … Especially after backing up from a long sesh with me the Opera Bar the day before.

We had a bit of an ooops moment when we both turned up at the event in black frocks with bright green clutches. Twinning … 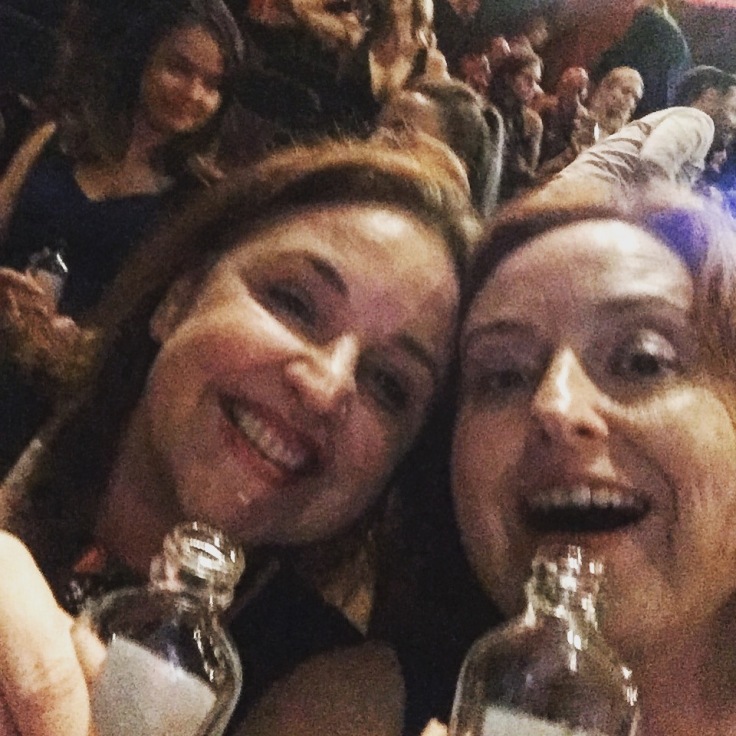 Upon reflection, I’m not sure it was responsible parenting to put the above pic on Instagram, where my 11-year-old promptly “liked” it.

Anyways … the finals of Bacardi Legacy involved three contestants making their signature rum cocktail in a theatre-style event. Prior to that, 150 very attractive people hung around in the foyer eating sliders and a delicious gucamole concoction on a spoon while drinking Mojitos and swishing around in kilts.

Although some of the hawt (generally lumberjack bearded) men were wearing tight white jeans rolled up with boater shoes and no socks, which my sister strongly disapproved of.

And not just because it was a black tie event.

World. Is. Waaaaay. Too. Small.

After each finalist demonstrated how their cocktail was made, a nice lady with a picnic basket came around handing out little bottles of the cocktail for everyone to try.

The first one – a fancy version of a pina colada – was our favourite. We loved the sweet, nervous bartender who made the second one, but it had ginger and wasabi in it, which blew our heads off. The third bloke – James Irvine from The Swillhouse Group – won with a lethal concoction featuring rum, banana liqueur, vermouth and rosemary oil.

You know you’re getting old when you can barely stay awake for the winner announcement at 10pm at night … and you stare at your after-party wristband like they’ve suggested you take a Mighty Mouse ride to Mars.

It was a fun night though. Here are a few more pics: 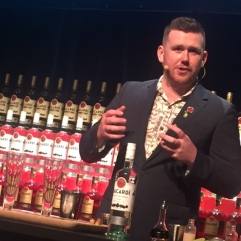 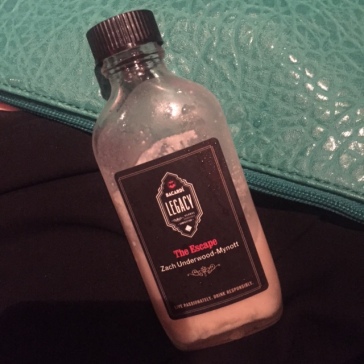 Song of the day: Rupert Holmes “The Pina Colada Song”