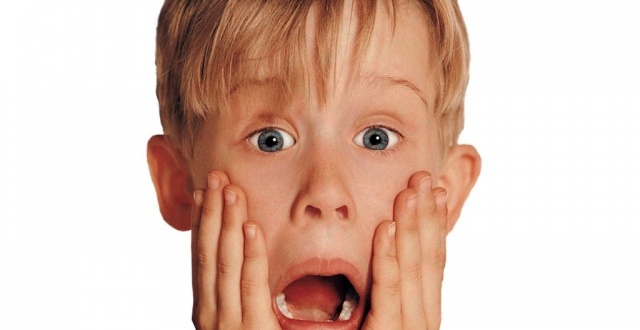 Who’d have thought writing a blog post – in 2013 – about being lectured by “Mrs Geoffrey Rush” would result in two calls from two household name journalists before 8.30am on a Thursday morning as I was scouring the aisles of Kmart for a do-it-yourself advent calendar.

Wow, there’s a lot to unpack in that one sentence …

I’m not sure if you’re heard, but Mr Geoffrey Rush is the latest high profile bloke to be accused of inappropriate behaviour. He made the front page of the Daily Telegraph yesterday. He’s strenuously denied the claims.

I’m becoming a little unsettled by all the outing, I hope none of it is opportunistic. It would be harrowing to be wrongly accused of such things. But that Matt Lauer stuff in the US is pretty awful.

Anyways, years ago when I was editing a certain weekly magazine, some photos of Geoffrey Rush in a swimming pool with a young woman were sent to us by a photo agency. They looked rather … intimate.

So we sent a copy of one to his PR or agent or someone like that and asked for a comment on who she was. They steadfastly refused to respond.

We tried for a few weeks, but no answer. So I got itchy fingers and published them. With a few leading paragraphs saying we didn’t know who his mystery woman was but they seemed to have a strong … rapport … or something like that.

On Monday morning my poor PA got a call from Geoffrey’s very, very angry wife, demanding to speak to the editor.

“This is MRS. GEOFFREY. RUSH. How are you?” she barked.

“Better than you,” I offered meekly. (Upon reflection that possibly wasn’t the most sensitive and thoughtful thing to say.)

Mrs Geoffrey Rush proceeded to tear strips off me for the next 15 minutes, pointing out that the “mystery woman” in the photos was a friend of the couple’s daughter and they’d all been frolicking in the pool together at the time the photo was taken.

But that’s all I had to offer on the subject. Bit flimsy really.

As for the Kmart bit, the youngest had a chocolate advent calendar that she can no longer eat because she’s off dairy on doctor’s orders. So she begged for a lolly one. Can’t buy those in the shops, but I recalled being given one of the ones with drawers that you fill yourself many years ago.

Do you think I could find it in my junk-filled garage? Nope.

Kmart’s website said they had lovely little ones with houses.

So I went there before work. Nup, looked everywhere with no luck. So I asked at the “service” desk. The lady was very nice and got me to follow her all over the shop before going off to ask the section head for help. She came back and said the advent calendars were out the back but not unpacked and she had no idea when they would be.

Riiiiight. I explained that they would all be useless by December 1 and she just shrugged.

After extensive Googling I discovered Pottery Barn Kids had some on sale for half price. 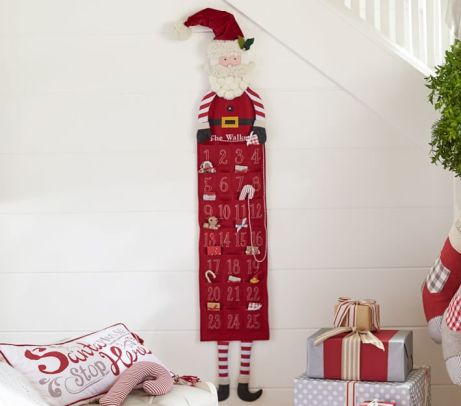 It was still outrageously expensive, but I’m sick and coughing up half a lung so I bought the bloody thing because I’m a soft touch.

This morning has been far more peaceful … so far …

I’m off in a few minutes to take the youngest to her Christmas school band concert. And then I might think about finally taking a sick day because I feel pretty rubbish and the “dry” coughs have moved to “wet” ones. There goes my weekend to snotty lethargy on the couch.

Hope you have a good one and don’t get hit by the mother of all rainstorms they’re predicting.

Song of the day: Bow Wow Wow “I want candy”