I did it! I went to the ducky pop-up place! And it was deeee-licious.

OK, the food didn’t look quite like the photos, but it tasted very yummy.

Here’s what it looks like in the PR pics … 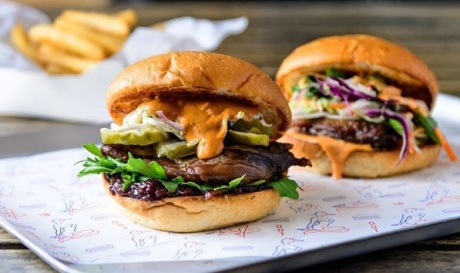 Aaaaand, here’s what it looks like in real life … 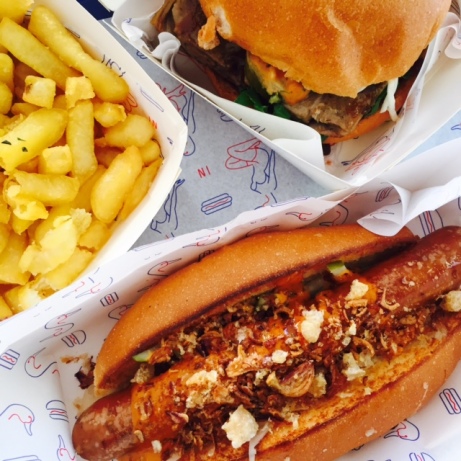 Just in case you have NO idea what I’m talking about … MKR’s Manu has opened a pop-up duck joint in Surry Hills. It only serves ducky stuff, nothing else.

I hadn’t thought I’d enjoy the ‘Bao To This’ – steamed buns with crispy duck, Asian barbecue sauce, shitake and cucumber pickles, but they were very mmmmmm too.

Another of my dining companions tried the duck cigar with plum sauce and pronounced it lovely.

The only thing that didn’t really excite me were the duck fat chips, they were a bit take it or leave it. We ordered two serves between five of us and left most of one serve.

Don’t go there expecting fine dining. It’s pretty much takeaway fare, but I’d definitely like to make a return visit.

And it ONLY serves duck, so probably not the best choice if you don’t fancy the bird. Though I really don’t understand why anyone wouldn’t like duck. Weirdo. Duck is tastbud nirvana.

Duck In Duck Out – at 202 Elizabeth Street – is also unlicensed because it’s a pop-up, but there’s a pub next door if you forget to BYO.

And don’t expect to see Manu at the grill, I think he’s more the ideas man.

Song of the day: The Wise Guys “Oooh la la”