It’s a strange Oscars for me this year.

I’m feeling a bit off following the news that Bill Paxton has died. I hung out with him one night at the opening of Planet Hollywood Sydney. He was so lovely.

Here’s what I had to say about our meeting in Cosmo magazine:

“I spot Bill Paxton walking past. Buoyed by the excitement of it all – and three champagnes – I wave and yell out “Hey, Bill!” As you do. Bill walks over. Omigod. Did you get that? Bill Paxton walks over. Pity I’ll have to explain to everyone tomorrow. “Bill Paxton. From Apollo 13 … No? The one in the spaceship who wasn’t Tom Hanks or Kevin Bacon … No?” Twister will be out soon and my story will have much more cred.

“Bill, it turns out, is a real sweetie. Pronounces my name correctly and everything. We shoot the breeze about the difficulties of making Twister, then I gleefully inform him that The Sunday Telegraph called him “Phil Paxton”. A man behind Bill looks horrified and starts waving at me frantically. I don’t quite understand. A journalist beside me informs me that the waving man is actually Bill’s manager and may be a tad concerned about the effect I’m having on Bill’s ego.

“We chat about his wife and two-year-old son. What a great guy!

“Since Bill is the first Hollywood celebrity I’ve ever been on first name terms with, I decide to milk it for all it’s worth. Each time I spot him, I grab his arm and ask how he’s doing. He usually replies, ‘Great Alana, how about you?’ He remembers my name! More than once!”

I’m also off to DD’s fancy dinner in a few hours. The fabulous blogger Kooky Chic wrote a comment on this morning’s blog suggesting it would be a fabulous idea for me to liven up the proceedings by telling my “I Was A Judge At Miss Nude Australia” story.

Since DD has already vetoed me wearing leopard print to the dinner because it might be too daring for the Perth medical fraternity, I’m thinking not …

Anyways, here are some of my favourite Oscars Instagram moments (and can u believe that monumental stuff up with the wrong movie being read out for Best Picture? Eeeeek) … 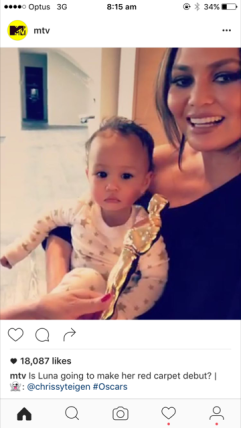 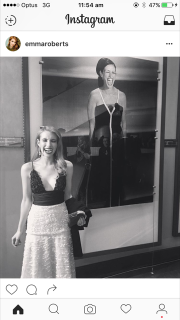 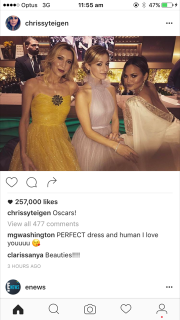 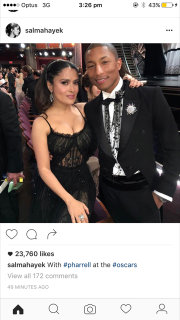 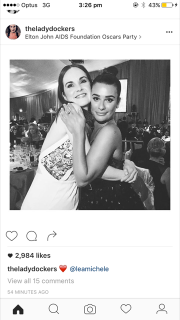 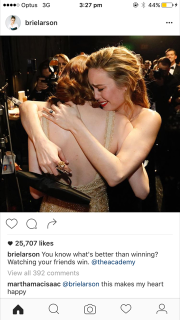 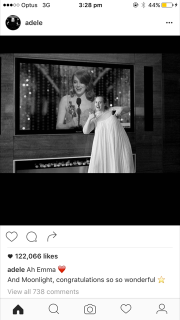 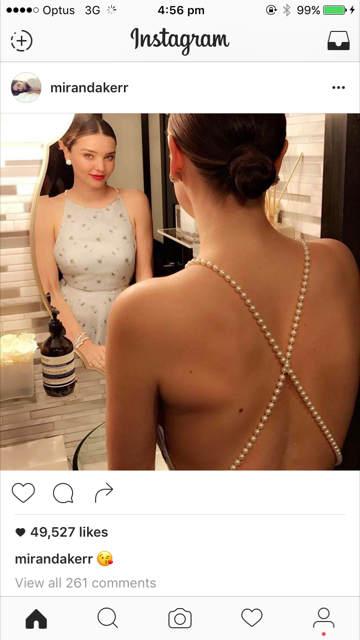 5 thoughts on “Oscars madness and sadness”