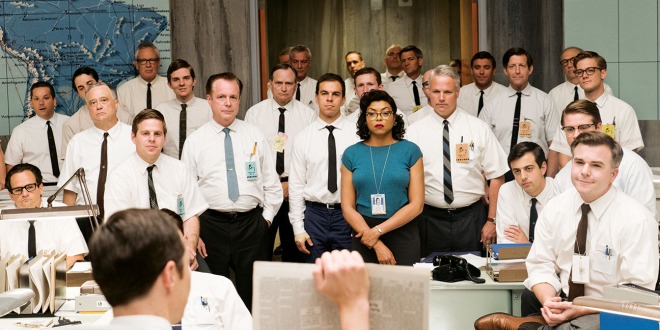 I took the kids to see Hidden Figures on Friday night. Probably not the best choice of entertainment for a 10-year-old, but she was mollified by the comfy Xtremescreen seats … and then embarrassed by her mother noisily weeping throughout the movie.

Hidden Figures is based on a true story about three African American women working at NASA in the 1960s. Despite being mind blowingly intelligent, they are treated appallingly because they are 1. Black; and 2. Women.

But they refused to let anything stand in their way.

While walking with my friend Wendy yesterday, I expressed my shock that segregation was still happening in the same decade as we were born. Both of us literally got horrified goosebumps.

I can’t get my head around anyone treating a fellow human that way.

Stories of segregation and slavery have always brought me undone.

Around a year before separating from my husband, we travelled to Charleston, South Carolina, for a wedding.

While staying in the city, we visited a plantation. Touring the slaves’ living quarters and reading their stories was shattering. It distresses me deeply that skin colour was regarded as a reason to take someone’s freedom.

Recalling that plantation visit sent me down a memory rabbit hole over the weekend. The holiday was meant to be the trip of a lifetime, but was oddly desultory.

There were moments of connection: a buoyant train ride up the Hudson River to a museum, sipping wine in a cool bar before a Broadway show, a wonderful Southern wedding on the banks of a river in Charleston … but we trudged joylessly through most of the days and nights.

He was frequently short tempered and we were both so weary.

Much later, my husband revealed he’d secretly been to a counsellor prior to the trip, seeking guidance on what to do about his unhappy marriage.

I look back and wonder how I could have been so blind to the signs my marriage was in trouble. There was also an incredible lack of self awareness about my own unhappiness.

My loudest sobs in Hidden Figures came when one of the lead characters found the courage to speak out about the hurt and injustices she’d encountered. It didn’t stop the racism in its tracks, but it did make her co-workers think and change some of their behaviours. And, as a result, her situation improved.

The women were so strong, in the face of unimaginable obstacles. They had so little and achieved so much.

I am ashamed that my husband and I had so much and failed when faced with the most mundane of challenges.

Neither of us found the courage to speak up about our unhappiness – nothing changed, nothing got better.

The breakdown of my marriage is insignificant compared to the oppression Black Americans have faced. Seeing Hidden Figures was a reminder of the fortunate life I have lived.

I walked out of the cinema awed by the tenacity and resilience those women showed.

Their stories humbled me and I am so glad my daughters got to see them.

Song of the day: Bob Dylan “Blowin’ in the wind”