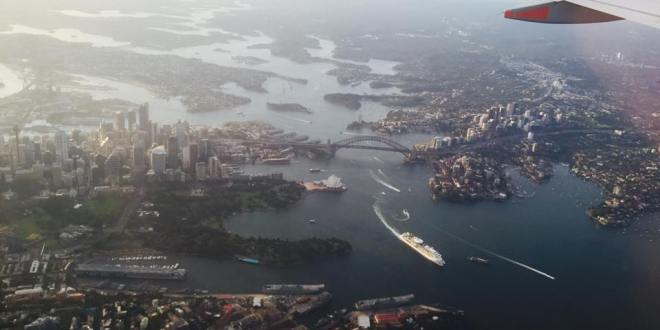 I’m just back from the most gorgeous mini-break, but …

Why couldn’t it have been one day longer? Why???

DD and I were just getting all zen and relaxed … and then we had to come home again.

It was lovely and breezy where we were staying.

But enough with the complaining. Let me tell you all the good stuff … I’ll try and nutshell the past five days, which mainly involve lots of cider and burgers at various Life Saving Clubs …

DD and I decided to head to Queensland for my old Newcastle Herald mate’s 50th birthday at the Mermaid Beach Surf Life Saving Club.

Well, I decided to head there and DD eventually decided to tag along.

I’d RSVP’d to the party waaaaaay back in February or something, but DD is the opposite of a planner, so by the time he finally confirmed he’d be joining me, the Gold Coast was 93% booked out.

And don’t get me started on airfare prices.

So, after flirting with the idea of driving and deciding that was even more loco than the airfare prices, I had the inspired idea to fly to Brissie. Brissie flights were dirt cheap and so were the 5-star hotels … Score!

We flew up late on Boxing Day and settled ourselves into a bar by the river to share a burger before crashing exhausted into bed.

DD has a seriously ill friend who’s living in a quaint little town called Mapleton, so we headed north to visit him the next day.

Afterwards, we popped over to Noosa for some nitrogen ice-cream on Hastings Street while we watched the beautiful people swagger past, then we went for a swim at the gorgeous beach and tucked into another burger, this time at the Noosa Life Saving Club.

It was super late when we finally got back to Brissie via a scenic coastal drive, cue another exhausted collapse in bed.

The next day we had the most delicious brekkie in Paddington at a little cafe where I chowed down on the now-ubiquitous smashed avocado on toast (with bonus feta and dukkah) before driving to Mt Tambourine to meet my favourite blogger in the whole world, Pinky Poinker.

Pinky has written a fabulous blog about our meeting, which is much, much funnier than anything I could conjure up. You can read by clicking here.

We had a great time with Pinky and her gorgeous hubby Scotto, who cooked the most delicious snags on the barbie, while Pinky telepathically sensed that DD had been craving potatoes in the jacket with sour cream for MONTHS and served them up on the side.

Pinky and Scotto also took us to the St Bernard Hotel for a bevvie, a pub featuring amazing views and a real-life St Bernard draped across the entrance. Loved it.

I also loved that Pinky sweetly described DD as my “exceptionally handsome and witty scientist boyfriend.”

At about 3.30pm we dragged ourselves away from Poinker Palazzo to get to my mate’s 50th.

As we wended our way down the very steep road I had a mini-heart attack when I saw on Facebook that my mate’s wife had accidentally said the party started at 6pm, when it actually started at 5pm.

DD was a little drowsy from his two beers at the pub, so I had to let him have a disco nap when we got to our hotel, which was Jupiter’s Casino – eeek – as it was Wotif’s rather attractively priced “Mystery Hotel.”

Turns out Jupiter’s isn’t at all like I imagined (some tacky Vegas wannabe), it’s actually very tastefully decorated and well situated.

We didn’t get to the party until 6.15pm, which had me all tense and testy, as I HATE being late.

Anyways, we were greeted warmly by the birthday boy, who’s what you’d describe as a “character”: he was sweatily wearing a powder blue suit for his party.

DD also got to meet my other favourite former Newcastle Herald mate Dom and we all had a lovely time eating party pies, listening to touching speeches and chitter chattering at the SLSC until the bar shut.

Cue another exhausted sleep, then it was back to the scene of the crime in the morning for brekkie at a Mermaid Beach cafe and a gorgeous swim at the beach, a twirl around the shops and a chance to catch up with a former magazine mate who lives at Goldie these days.

DD opted to go to the hotel gym so we could talk each other’s heads off … though I guiltily realised afterwards that I did the lion’s share of that … as we wandered along the beach together.

Cue a steak dinner with DD afterwards and another exhausted sleep. This time it was about nine hours of shut-eye, which is totally out of character for me. It’s been a big year for both of us.

And then, all too soon, it was our last morning away. We headed to Burleigh Heads for a swim and a loooooooong wait for brekkie – fortunately with a fabulous view – at the Burleigh Heads SLSC, before making our way back to Brissie airport.

Such a gorgeous few days … but I want more, more, MORE.

The fur babies were very pleased to see me again, despite being spoilt rotten by my housesitters. The housesitters had a fabulous time and are already asking to mind the place this time next year.

Thank you so much Megz.

How’s the festive season been for you?

Oh, and as if the blog wasn’t long enough already, here are some happy snaps: 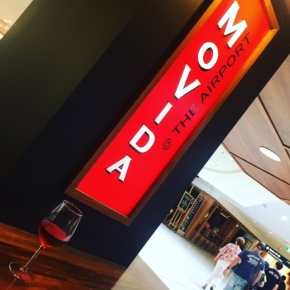 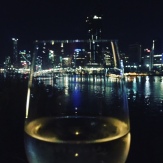 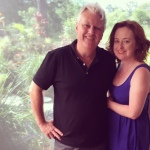 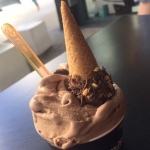 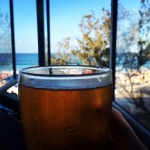 An icy cider at Noosa SLSC. 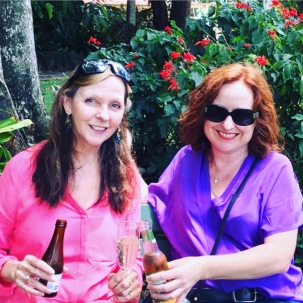 Pinky and I at St Bernard’s. 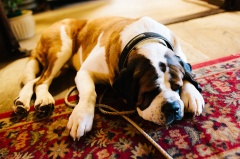 The St Bernard in residence. 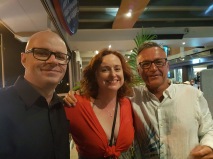 Me, Dom and Vassy. 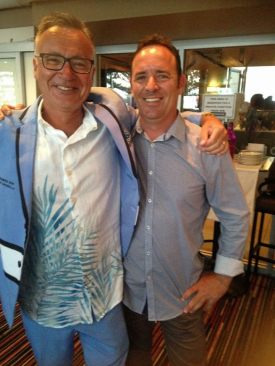 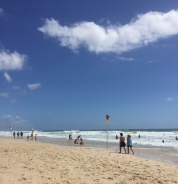 Mermaid Beach the next morning. 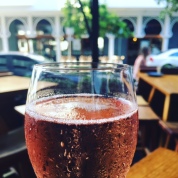 Pink bubbles with my mate Corinne. 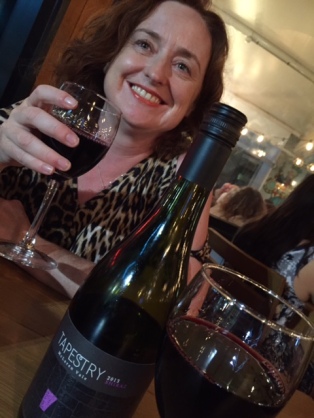 Shiraz and steak with DD.

The view at brekkie.

Bubbles in the business lounge. 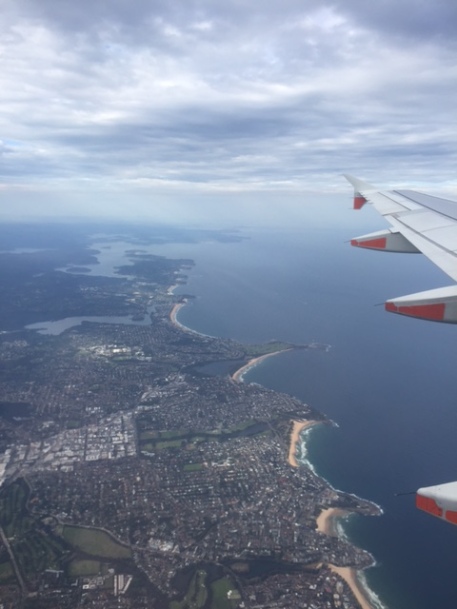 Flying home over the Northern Beaches.