Wow, what a weekend! A bub for Rove, a lawsuit backdown by Tom Cruise, Beyonce does the usual awesome Beyonce stuff and more …

Rove McManus and Tasma Walton who have welcomed their first child.

Tasma gave birth to Ruby Aurelia McManus last Monday, December 16, at 9.01am, more than two weeks ahead of her January 2 due date.

Rove told Fairfax: “While she arrived slightly earlier than expected, she is healthy and more importantly it means she’ll be here to spend Christmas with us, which is the best present you could wish for.”

“I feel I have entered a new life that consists of mainly feeding and wiping. But I couldn’t be happier,” he added.

Tasma added: “It’s still hard to believe she’s here. It was love at first sight. She is a beautiful, life-changing bundle.”

Beyonce shocked Christmas shoppers at a Walmart 20 miles outside of Boston on Friday when she took over the store intercom.

The singer announced: “It’s Beyoncé. I stopped by the store today because my record just arrived. I want to send everyone a little gift. For everyone in the store right now, the first $50 of your holiday gifts are on me. Merry, merry Christmas from Beyoncé.”

Afterwards, Beyonce pushed a shopping cart around the store and picked up a doll and pink toys, as fans trailed behind her.

Madonna took her daughter Mercy to Beyoncé’s concert in Brooklyn on Thursday night and the singer took a moment out of her performance to lean over and kiss the 8-year-old on the forehead.

Mercy’s mum shared a pic of the moment via Instagram after the show, captioned: “Mercy James gets a big fat one from the Queen. B!. Mrs. Carter crushes the BK with her bad ass show! Girls run the world!”

Basinger, 60, started her career as a model at age 16, two years younger than Ireland is now.

In a recent Elle profile, Ireland credited her mother with getting her into modeling: “She thought it would be good for my confidence because I never thought of myself as a pretty girl,” Ireland said.

Ireland also raved about her mum:  “She looks like she’s my age. Her body, I swear, it’s scary.”

Nigella lashes out at “ridiculous sideshow”

Nigella’s two personal assistants have been acquitted of defrauding her and ex-husband Charles Saatchi.

And the celebrity chef has lashed out at the three-week trial, calling it a “ridiculous sideshow of false allegations of drug use.”

Elisabetta and Francesca Grillo were acquitted on charges of of using Saatchi’s company credit card to rack up more than $1 million in personal charges without permission.

Lawson said:  “When false claims about habitual drug use were introduced I did everything possible to ensure the CPS was aware of the sustained background campaign deliberately designed to destroy my reputation. During the trial not one witness claimed to see me take drugs and not one of my three assistants was asked about these claims by the defense, despite being cross-examined at length. I did my civic duty, only to be maliciously vilified without the right to respond.”

She described the effect the trial had on her children as “harrowing”.

“For this, I cannot forgive the court process,” Lawson said.

Katy Perry and John Mayer have confessed to Ellen DeGeneres that they don’t talk at home.

Both singers need their vocal rest – Mayer in particular during his vocal-cord problems.

“I understood that he couldn’t talk, and the only way he could communicate was through an iPad,” Perry said. “Some days I have to go on complete vocal rest, like no anything, no whispering. Whispering is actually really bad. There’s just a lot of silence in our house most of the time.”

Ellen’s got some moves

The first promo for the 86th annual Academy Awards has arrived and it features Ellen DeGeneres leading a dance mob through the streets of a backlot while lip-dubbing along with “The Walker” by Fitz and the Tantrums.

The Academy Awards, with DeGeneres as host, will take place on March 2, 2014.

P.Diddy keeps it elegant at Xmas 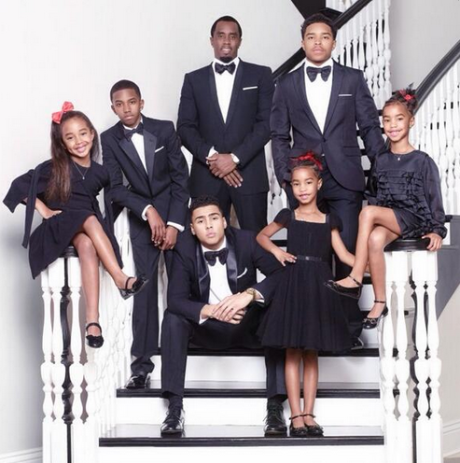 Sean “Diddy” Combs got his family of six children together to star in this stylish 2013 Christmas card.

He captioned it: Happy Holidays from the Combs Family!

Alyssa Milano has shared a picture – originally tweeted by a fan – of herself with Eva Mendes at a meet-and-greet at a mall in California.

The pic was taken nearly 25 years ago, when Eva was 15 and Alyssa was 17 … and long before Eva was famous! At the time, Alyssa was starring in the TV series Who’s The Boss.

His lawyer had told reporters “Tom is going to want to push this one all the way”, but Tom Cruise has suddenly walked away from his $50million lawsuit against Life & Style.

It’s believed the decision was prompted by Tom becoming nervous about ex-wife Katie Holmes being called to the stand to testify.

A joint statement from the attorney’s for Tom and Bauer read: “Bauer Publishing, as well as In Touch and Life & Style magazines, never intended to communicate that Tom Cruise had cut off all ties and abandoned his daughter, Suri, and regret if anyone drew that inference from anything they published.”

During the court case, Tom was forced to admit in a deposition that he didn’t see Suri for 110 days and that keeping their daughter away from Scientology was the reason Katie left their marriage.

At one point when he was on the stand, he also responded to a lawyer’s question comparing his time away on a movie set to a soldier’s tour in Afghanistan.

“That’s what it feels like,” he replied. “There is difficult physical stamina and preparation. Sometimes I’ve spent months, a year, and sometimes two years preparing for a single film.

Bet THAT got him the sympathy vote. Not. 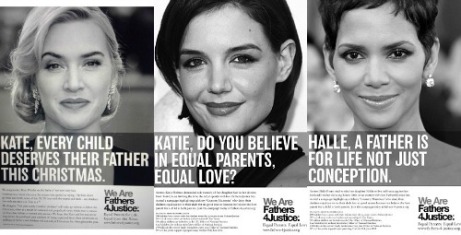 Kate Winslet, Katie Holmes and Halle Berry have been attacked for their parenting choices by fathers’ rights group Fathers4Justice.

Kate has already engaged lawyers over the campaign, who have called the ad “misleading and defamatory.”

The group’s ad was sparked by a comment made by Kate in October’s issue of Vogue, regarding her three children. She said: “People go, ‘Oh, my God! Those poor children! They must have gone through so much’. Says who? They’ve always been with me. They don’t go from pillar to post; they’re not flown here and there with nannies. That’s never happened. My kids don’t go back and forth; none of this 50/50 time with the mums and dads – my children live with me; that is it. That is it!”

Her former husband Sam Mendes told the Daily Mirror, “I can happily state this has never been a concern for me or my son. It is inappropriate for this organization to involve my family and I when they know nothing of our personal circumstances.”

Kate gave birth to her third child, a boy, earlier this month, to third husband Ned RocknRoll. She also has a 13-year-old daughter, Mia, from her first marriage to director Jim Threapleton and a nine-year-old son, Joe, from her marriage to Sam. However, Jim spoke out in support of Fathers4Justice in 2004, claiming he went months without seeing Mia.

Meanwhile, in the case of Katie,  text on her advert reads: “Katie Holmes demanded  sole custody of her daughter Suri in her divorce from  Tom Cruise, limiting the time the actor spends with her.”

Katie’s lawyer Jonathan Wolfe said: “The campaign is baseless and offensive. Katie will continue to have no comment on personal and private matters  that affect her family.”

As for Halle, her ad reads: “Actress Halle Berry tried to take her daughter Nahla to live in France against her husband’s wishes.”

A spokesman for Fathers4Justice told The Daily Mail the “crummy mummy” ads were part of its ongoing campaign against the “fatherless society”.

“As an organisation we strongly believe in 50/50 shared parenting and are concerned that contact denial – where one parent denies a child access to the other parent, normally the father – is not only increasing, but is a serious human rights violation and an abuse of a child’s right to their father.

“The behaviour of female role models shapes public thinking and we will promote those  celebrity mothers who support shared parenting while naming those who fail to support it.” 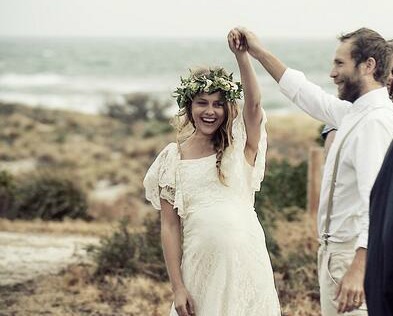 The couple, who are expecting their first child together, wed on Saturday, December 21.

An insider told Us magazine: “They wanted to get married before the baby arrives.”

The ceremony took place in private house overlooking the ocean in Punta Mita. Teresa wore a white lace dress and said her vows underneath an altar decorated with white and pink flowers.

Two days prior the actress tweeted: “So happy to have my family in town for Christmas!! So much love to everyone these holidays xx”

Mariah Carey is celebrating the festive season in Aspen with husband Nick Cannon and 2½-year-old twins Monroe and Moroccan, but she took time out to post this pic on Instagram on Sunday.

“Warming up for the hot tub moments!” she captioned her pic.