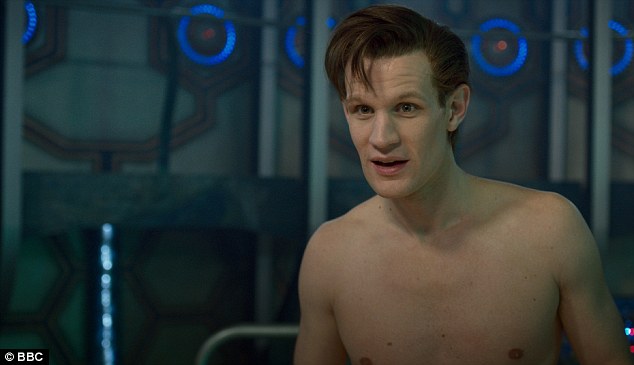 How is it possible for one woman to keep being such a breath of fresh air in Hollywood? Here are just two ways Jennifer Lawrence kept us smiling this week. Don’t ever change, JLaw! Plus all the secret relationship revelations, break-ups and celebrations of the week.

>> Jennifer Lawrence revealed her secret stash of sex toys (a ‘copious amount’) was uncovered by a hotel cleaner – then artfully arranged on her bedside table. She told Conan O”Brien: “Somebody as a joke bought me a bunch of butt plugs… It’s a long story. I had a copious amount of butt plugs. Tons of butt plugs. All different kinds of colours. The maid was coming so I was like, ‘Well I’ll just shove this under the bed so she doesn’t see all these butt plugs. She might not know they are for a joke.’ Then I came back and all of them were brought out of the bed and were in this beautiful display on my bedside table. I think she knew what she was doing. They were under the bed. I wanted to leave a note like, “not mine” or “bought as joke”.”

>> She also had this to say about fat-shaming and how people are treated by the media during her interview with Barbara Walters: “Why is humiliating people funny? I get it, I do it too. We all do it. I think the media needs to take responsibility for the effect it has on our younger generation on these girls that are watching these television shows and picking up how to talk and how to be cool. So all of the sudden being funny is making fun of the girl that’s wearing an ugly dress. And the word fat! I just think it should be illegal to call somebody fat on TV. If we’re regulating cigarettes and sex and cuss words because of the effect it has on our younger generation, why aren’t we regulating things like calling somebody fat?”

>> A tribute sign to Nelson Mandela in India accidentally used a photo of actor Morgan Freeman instead of the late South African president. Ooops.

>> Worth1000 have made your Christmas dreams come true … check out George Clooney photoshopped as Santa.

>> Heidi Klum confessed to buying six Christmas trees this year for her new $9.875million mansion in Bel Air, California. She told People Magazine: “This year for the first time [the kids] each have their own tree in their room.”

>> Hello! magazine reported that Elizabeth Hurley and Shane Warne have permanently ended their relationship. A tweet posted by Shane seemed to confirm the news. He wrote: “The past should be the past & stay there. It destroys the future. Live life for what tomorrow has to offer, not for what happened yesterday.’” But the next day he wrote: “Just reading this mornings paper & was laughing at some reports about me. Didn’t read one factually correct quote from the so called source”, and then: “You will never be able to start a new chapter of your life unless u stop looking back at the last one. Think about this & apply as u see fit”.

>> There was speculation Liz Hurley wasn’t taking her split with Shane Warne too well after she tweeted: “I just told a friend I felt ‘fine’ : apparently definition is F***ed up, Insecure, Neurotic and Emotional. Ha ha.”

>> Colin Farrell confessed to Ellen DeGeneres that one of the greatest loves of his life was screen icon Elizabeth Taylor. Their love affair apparently started after bumped into “her team” in a hospital when his youngest son was being born and Elizabeth was having a stent put in her heart. After his rep made some calls, the two started hanging out. “That was the beginning of a year and a half or two years of what was a really cool relationship,” he said. “I just adored her. She was a spectacular, spectacular woman. I wanted to be [husband] number eight but we ran out of road.”

>> It was revealed that Doctor Who star Matt Smith strips in the Christmas episode of the show because he is going to a “church in the sky where you are expected not to go clothed.”

>> Bailey ‘Bazz’ Lancaster, a 15-year-old schoolboy from Queensland, was revealed as Bindi Irwin’s first boyfriend. According to several reports, a couple of comments made by the teenager on his Instagram account suggest the pair are an item. “Mine. Back off boys. Getting pretty jelly [jealous],” he wrote on one photo of Bindi, who is also 15. When a follower asked Bailey if they were dating, he responded: “You betcha buddy. Dating it up date style”.

>> Prince George celebrated his first Christmas early, with all the trimmings of a royal event – an elaborate Christmas tree, corgis and a fake crown as a gift. Check out the cute photo! Oh, okay… it’s probably worth mentioning the photo is a fake. It’s the latest creation by photographer Alison Jackson, who explores celebrity culture by photographing lookalikes. Her work on the Royal Family is particularly fun – check out more of her creations here

>> Sophie McShera, who plays Daisy on Downton Abbey has revealed a shock secret about her fellow cast members: they all smell. Apparently it’s because their costumes aren’t washed, so they keep their historic look. “We do stink, as they don’t wash our costumes … they have these weird patches, which are sewn into the armpits and which they wash separately,” Sophie told The Telegraph.

>> Worth1000, a site that runs contests asking artists to send in photographs, illustrations, designs, and digital manipulations that fit different criterias has come up with a hilariously brilliant new subject matter – incorporate celebrities into classic paintings. Jennifer Aniston, Jack Nicholson, Johnny Depp and Robin Williams are just a few of the stars featured. Click here to see the gallery.

>> Prince Charles and Camilla, Duchess of Cornwall, must have been too busy to sit for a new Christmas portrait. They’ve used a pic taken of them over the English summer on the second day of the Royal Ascot. The pair look very jolly as they enjoy the view from the royal box. Click here to see 27 more celebrity Christmas photos.

>> It was revealed that Bruce Willis and wife Emma Heming are expecting their second child. The couple already have a daughter Mabel, 20 months (pictured above). Willis also has three daughters with first wife Demi Moore: Rumer, 25, Scout, 22, and Tallulah, 19.

>> Kim Kardashian posted the most gorgeous pic of baby North West on Instagram yesterday, little realising it would lead to accusations she’d been performing cosmetic procedures on her child. Kim has responded on Twitter saying: “Do people really think I would wax my daughters eyebrows so young? Come on, I’d wait until she’s at least 2 1/2!” She followed up with: “I’m kidding!!! Its pretty sick for people to insinuate that I would wax my daughters eyebrows. They are thick, natural and amazing!”

>> How could we not have realised Bradley Cooper got his big break opposite Jennifer Garner in the TV series Alias? Fortunately we’ve stumbled across this GIF as a little reminder … Bradley played Sydney Bristow’s best friend, Will Tippin, on the spy drama. And he says the role was almost the death of him. In the latest issue of GQ he talks about how devastating it was to be sidelined on the show: “I would only work three days a week. And then for the second season, I got even more sidelined. I was like, ‘Ugh.’ And then next thing you know, I was like, ‘I want to f–king kill myself.’”

>> Google released it’s top searches in America and Australia in 2013. Number 1 in both countries was “Paul Walker.” The Fast & Furious actor was tragically killed in a car crash last month.

>> Hollywood mourned the loss of two of its greats. Lawrence of Arabia star Peter O’Toole, 81, passed away; as did Joan Fontaine, who died her sleep at her home in Carmel, California. She was 96.

Finally, comedian Owen Weber replaced Billy’s recap of news headlines between 1949 and 1989 in We Didn’t Start The Fire with a comprehensive who’s-who of Hollywood in 2013. Everyone and everything’s there – Ryan Gosling, Wrecking Ball, Kim Kardashian, Lorde, Breaking Bad, What Does the Fox Say… even the Grumpy Cat makes a sullen appearance. Warning, it’s addictive viewing.