I love, love, love the Golden Globes. So much more fun than the Oscars. Here are all my favourite moments, goss and pics … 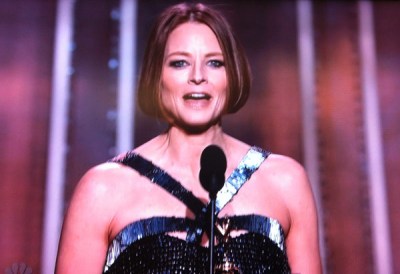 The biggest shock of the night was Jodie Foster‘s rambling, often bewildering coming-out speech as she accepted her lifetime achievement award.

She announced: “While I’m here being all confessional, I guess I just have just a sudden urge to say something that I’ve never really been able to air in public, [it’s] a declaration that I’m a little nervous about – but maybe not quite as nervous as my publicist right now. I’m just going to put it out there – loud and proud.”

She hesitated, then said: “I am single.”

She continued … “This is not going to be a big coming out speech tonight because I already did my coming out about a thousand years ago back in the stone age – in those very quaint days when a fragile girl would open up to trusted friends and family and coworkers and then gradually proudly to everyone who knew her … but now apparently I’m told that every celebrity is expected to honor the details of their private life with a press conference, a fragrance and a primetime reality show.”

Later in the speech, she thanked her “heroic co-parent, my ex partner in love, but righteous soul sister in life. My confessor … most beloved BFF of 20 years, Cydney Bernard. Thank you, Cyd. I am so proud of our modern family, our amazing sons, Charlie and Kit who are my reason to breathe and to evolve.”

Meanwhile, when the cameras switched to Mel Gibson, he looked like this … 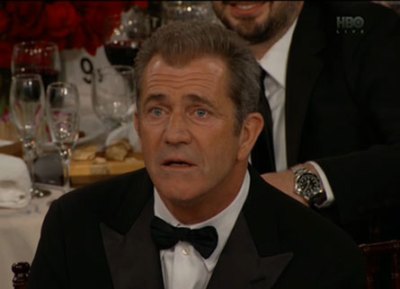 As Dlisted remarked: Yes, that’s Mel’s “Wait, I worked with a lesbian?” face. 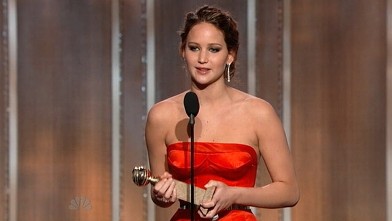 Meryl Streep was forced to cancel her appearance at the Globes when she came down with the flu.

Host Amy Poehler used it as one of their first jokes of the night: “She has the flu, and I hear she’s amazing in it,” she riffed.

Jennifer Lawrence and Hugh Jackman both confessed on the red carpet that they were feeling poorly.

Jennifer declined to shake Ryan Seacrest‘s hand because of it and huddled in gray jacket as she sat in the audience.  Meanwhile winning the award for best actor in a comedy or musical for Les Miserables put the spring back in Hugh’s step, he announced “I feel great!” in his acceptance speech.

Hosts Tina Fey and Amy Poehler scored the thumbs up from critics for their hosting of the ceremony. Here are a few of their best lines …

* “You know what, Taylor Swift, you stay away from Michael J. Fox‘s son,” Tina said, referring to Sam Michael Fox, who is this year’s Mr. Golden Globe. “Or go for it!” Poehler added.

* “You gave a stunning performance in Les Misérables,” Tina told Anne Hathaway. “I have not seen someone so totally alone and abandoned like that since you were on stage with James Franco at the Oscars.

* “Ben’s first two movies took place in Boston,” Tina said of Ben Affleck, “but he moved this one to Iran because he wanted to film somewhere that was friendlier to outsiders.”

* Amy announced to Zero Dark Thirty director Kathryn Bigelow: “I haven’t been following Zero Dark Thirty, but when it comes to torture, I trust the woman who was married for three years to James Cameron.”

What and who scored …

For once, Lindsay Lohan had a night at home, and she spent it live tweeting the Golden Globes. After announcing “i really want to get more followers but i feel as if i don’t tweet enough and i feel bad!” she went on to comment …

• “Words cannot express how much I LOVE Kristen Wiig. And no1 should ever mess with a legend, such as Meryl Streep,”

• “I am grateful to of had the opportunity to work with 2 amazing women who are people i admire, such as Amy Poehler & Tina Fey. xo”

• “why wasn’t Snow Patrol nominated with their song, ‘Lightening Strike’ for Act Of Valor? – I LOVE Adele! She is AMAZING! but, just curious?”

• “i love Damien Lewis on #homeland he is incredible”

•”Yaayyyy! @lenadunham I think you’re so wonderful. Congratulations to a great talent !!!”

•”Ben Affleck!! Yay! So smart and classic. He and Jen Garner remind me of @mikelohan and his wonderful girlfriend #ninaginsberg” 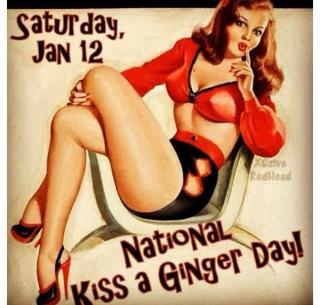 I never thought I’d say these words in the same sentence as “Lindsay Lohan” but … yeah sister!

Forget the official photographs, the stars own happy snaps were my favourites from the night.

* Hayden Panettiere tweeted: “munchin on cookies with my girl @evalongoria”

* “My beautiful wife at the golden globes. A night to remember!” Hugh Jackman gushed.

* Dax Shephard‘s pregnant love, Kirsten Bell, wrote: “Wish us luck on our nomination for most PDA!” 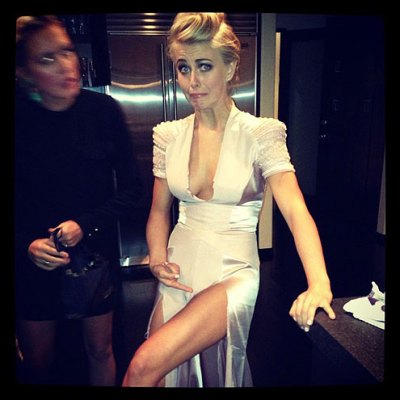 * Julianne Hough posted a pic pointing to her ripped dress and wrote “I think I may have danced too hard.”

* Most romantic acceptance speech of the night: Ben Affleck when he won the Best Director gong for Argo: “I want to thank my wife who is the reason why I’m standing here,” he gushed. “I adore you. I love you so much. Thanks for sitting through this. You are my everything.”

* Most surprising thank you: Anne Hathaway paid tribute to Sally Field “for being a vanguard against typecasting. As the girl who started out as the Princess of Genovia [Anne’s first big role was in The Princess Diaries], I can’t tell you how encouraging it was to know that The Flying Nun grew up to be Norma Rae and Mama Gump.”

* Most entertaining audience member: Glenn Close playing along with Tina Fey‘s joke that she was drunk. 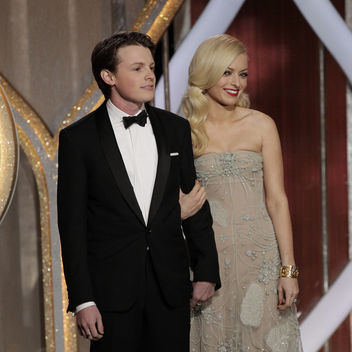 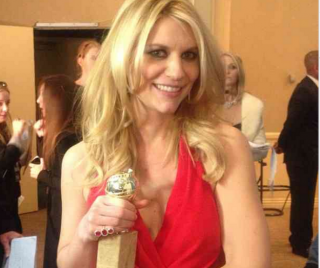 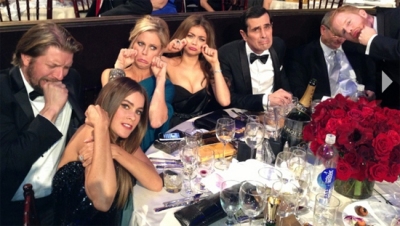 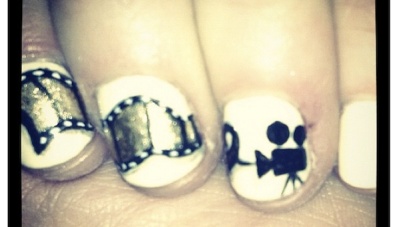 * Best Gangnam-style moment: Damian Lewis danced to the song with his onscreen son at the Fox party in between taking photos with fans.

* Cutest twit-pic: Modern Family‘s Ariel Winter struck a pose on her way to the ceremony with her co-stars.

* Best romance denial: when asked if he was dating Jennifer Lawrence, 22, Bradley Cooper, 38, replied: “I could literally be her father.” 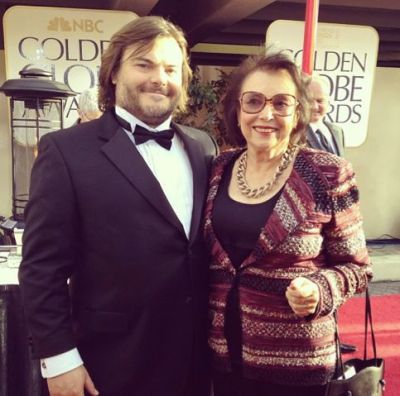 * For heaps of candid pics from the event – such as this one of Jack Black with his mum – head to the Golden Globes Instagram page.