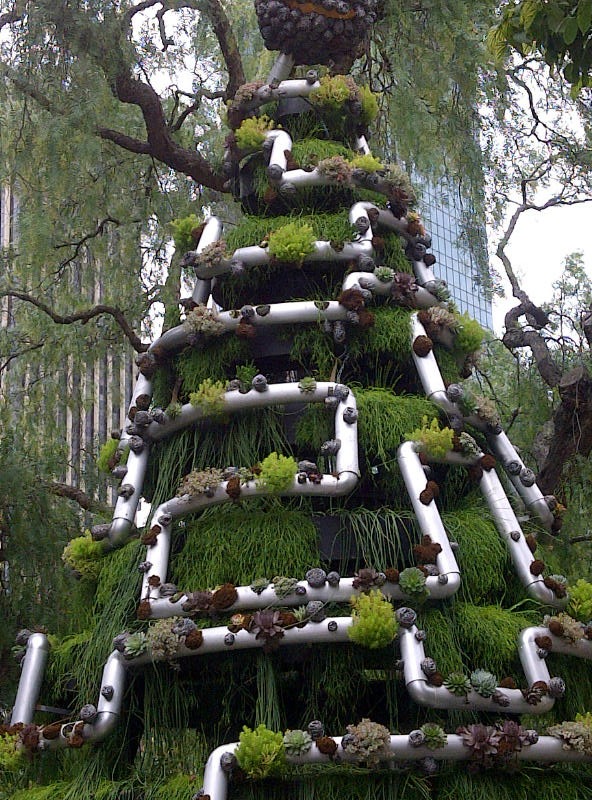 It’s hard to believe another year has almost gone. And what a hectic one it’s been for the Household. Fortunately, aside from the latex Christmas outfit getting that little bit tighter, we’re a healthy, happy bunch.

But Queen Elizabeth’s immortal Annus Horribilis speech does ring in my ears. To quote our monarch, 2012 “is not a year on which I shall look back with undiluted pleasure.”

Well, to be honest, it only went pear-shaped towards the end. We’ve had our fair share of annus mirabilis moments too.

Our eldest’s love affair with all things dark and geeky has continued apace. While most nine-year-old girls got butterfly temporary tattoos at the recent school fundraiser, she went for a scorpion.

Meanwhile, her Christmas wish list included Trash Packs (little rubber creatures that look like bits of mouldy garbage), a Bug Smasher and Grinder (she already has the Bug Maker) and movie tickets for The Hobbit.

I spent the year going hoarse telling her to “look at people when they speak to you, smile, reply”. I also threatened that if she didn’t I would start loudly announcing “forgive my rude daughter” to reciprocally embarrass her in public. She didn’t look at me, smile or reply.

She also did a nice line in hiding behind her ragamuffin locks until recently, when she started obsessively combing her hair and putting clips in it at strange angles. No idea what that’s all about.

She completed her first NAPLAN tests mid-year. I’ll admit I cried when I opened her results. She doesn’t say much and I’d started to worry that rather than “still waters running deep”, they might just be still.

Our youngest continues to startle us with her sporty, social nature. It’s hardly surprising the firstborn is a reclusive mute totally disinterested in sporting activity. That’s genetic on both sides. But the gregarious, active thing is inexplicable. We keep wondering if she was switched at the hospital.

She’s happiest when there’s a skipping rope or hula hoop in her hands, failing that a piece of grass for cartwheels will do. Oh, and an audience. A large and highly appreciative audience is essential.

Husband has been grinding his teeth in his sleep from stress. He’s taken on three time-consuming jobs this year, two of them voluntary and unpaid. He’s also started working Saturdays, which has struck a blow to family unity.

But he continues to be a brilliant dad – reading a chapter or two of Deltora Quest to the kids each night if he’s home before 8pm, coming up with endless crafty uses for cardboard boxes and taking the Sprogs on epic bike rides that only occasionally make them cry.

We welcomed eight new additions to the family in 2012. Two, sadly, are no longer with us. A pair of hens turned out to be roosters and were shuffled off to the country (not a euphemism … I hope). Undaunted, we gave our broody hen some baby chicks to mother. They are cute as. Then there’s my gorgeous Frodo Bunnykins. Mr Frodo wants me to be his girlfriend and does figure eights around my feet while I’m trying to cook dinner. I’ve only trodden on him a few times.

Speaking of cooking dinner, I spent most of 2012 as a director of home duties. I’d hoped it would involve watching lots of True Blood in bed, but it turned out to be a mad whirl of infants school reading groups, blogging, hanging out washing and gym classes.

I escaped the reading groups briefly when I scored a six-month maternity leave job at a magazine but … there’s no gentle way to say this … they sacked me a month later when I wrote a blog forcefully objecting to a fanciful story – about a friend who is in jail – which was published by a sister magazine.

I don’t regret standing up for my friend – she couldn’t defend herself, someone had to – but I’ve been told she’s my blind spot: “No-one cares how wide her cell’s balcony actually is …” is the way one call-a-spade friend described it.

In other blerk news I had a skin cancer cut from my collarbone and went on an 18-night cruise to Hawaii. OK, the latter is a joke, the cruise was actually quite fun. Though I’d choose a shorter one with more ports if there’s ever a next time.

Well, that’s all from us. Hope you are well and have a happy new year,