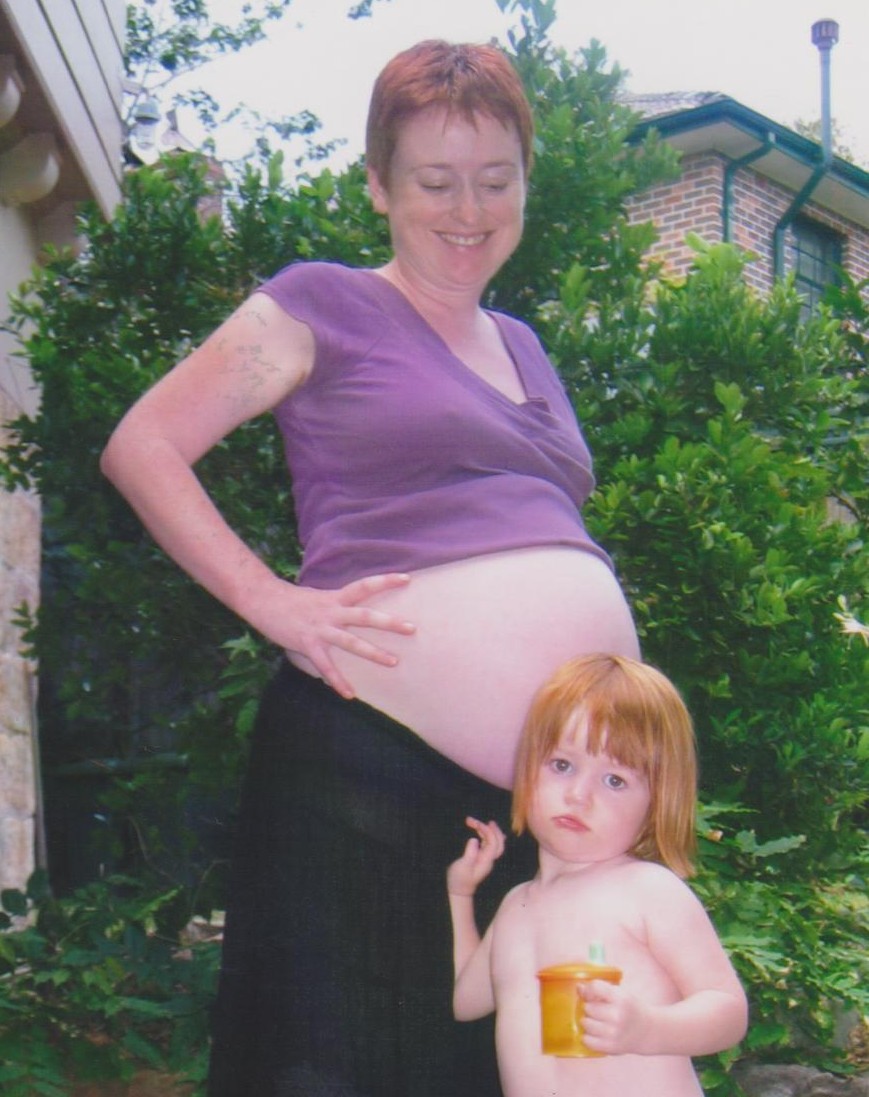 Actually, it was more of an “anorexic in the pump class” situation – unfortunate choice of metaphor in the heading – and I was completely transfixed. Yesterday, just before my gym class, a huddle of mums formed to express (whispered) concern about the possibly pregnant, possibly anorexic woman in attendance. I suggested she might just have one of those starving Biafran-style bellies, but the others were convinced there was a baby on board. The more sidelong glances I took, the more I had to agree with them. I wondered whether we should ask the gym to stage an intervention, but someone said they’d enquired about that last time an anorexic joined and were told there was nothing management could do because they’d just find somewhere else to sweat. Much anxiety was expressed about the dangers of lying flat on your back while pregnant and lifting weights above your head. Shouldn’t someone warn her? I added fuel to their fire by confessing I’d seen the woman crunching at ab-blast class one morning at 9am and not leaving the gym again until noon. Poor thing. I can’t imagine being so driven to remain skinny. She’s just bone and gristle. It’s awful. Mind you, maybe she’s just a marathon runner and we should mind our own beeswax. Everyone gets so bloody critical of your lifestyle choices when you’re up the duff. I was harassed for working until I virtually popped at my desk. Apparently you’re supposed to stop about four weeks before the birth. I’d have gone mad with boredom. Although, upon reflection, it would have been a great opportunity to see as many live-action movies as possible before the cartoon years arrived. One thing I definitely wasn’t doing before the birth was working out. I had enough trouble walking. Especially during Sprog 2’s gestation. Mainly because I got varicose veins in a very intimate place. No one tells you about the possibility of varicose veins appearing in intimate places. (A bit like how nobody mentions all the vomit and shit involved in birth. It’s an evil conspiracy to keep the birth rate up.) Instead, the horrifying truth just king-hits you one “oh-my-farking-god-what-the-fark-is-that?” morning when you decide to wave a mirror around to check what all the vicious throbbing is about. Husband’s never looked at me in quite the same way again since I showed him, despite them disappearing almost immediately after the enormous weight of Sprog 2 was removed from my pelvis. But I digress … back to the poor, poor woman in my pump class. Any advice? Is it none of my business? Do I simply pretend it’s not happening and let her get on with her life, in her own way? I’m at a total loss and it’s really bothering me.