DD and I went to a Cellarmasters wine tasting on Friday night, where I did my best impression of a wine wanker while chatting to Neil McGuigan and soliciting his opinion on everything from chardy to pinot gris and rose.

Afterwards, we wandered arm in arm – DD and I, not Neil and I – along a nearby wharf, stopping at a bar to sip a full glass of the aforementioned rose while gazing at the gorgeous Sydney Harbour. 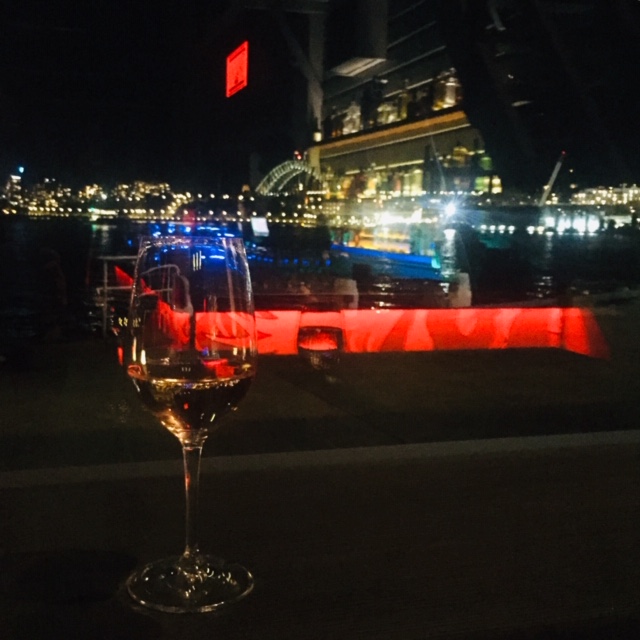 Then we hailed a cab home and mentioned to the driver that wild weather was on the way.

The bloke almost had heart failure – he’d just sent his top homing pigeons on a truck to Cowra for a race. He started frantically checking forecasts and pigeon racing hotlines.

Oh, hello! I thought. This will be interesting.

It turned out he was a Palestinian with a penchant for training champion pigeons. He has about 170 in his feathered backyard flock, though the tally waxes and wanes depending on how many have been eaten by hawks or met with other misfortunes during races.

When the pigeons aren’t competing in local events they’ve been known to do marathons from locations as far away as Adelaide and Launceston. He reckons his fastest birds can do the Launceston race in around 10 hours.

He said the smart ones stop for water along the way, so they’re a bit slower. The dumb ones just keep flying, which can be a problem if they drop dead mid-flight from dehydration.

The pigeons have microchips attached to their legs and when they land on a special electronic mat at his place, their finish time is sent to the pigeon racing association’s head office for verification.

Then the cabby gives them dinner and a nice, hot bath before they rest up for the next race.

They love a nice, hot bath.

Up to a 1000 birds take flight every Saturday during racing season. Fancy that!

It was fascinating. You couldn’t make this stuff up.

Google tells me pigeon racing is having quite the moment. A Belgian racing pigeon called Armando sold at auction for nearly $2 million earlier this year, more than three times the previous world record, after a bidding war between two Chinese afficionadoes.

In other incredulity-inducing news, I went swimming in the ocean on Saturday. Bloody freezing, but I loved it. The water was flat as a lake and crystal clear, I could have sworn I was on a tropical island … if it wasn’t for the air temperature being a frosty 13C.

See that tiny little black speck in the water? That’s me! Halfway to New Zealand! DD took the photo from the shore while wearing his new puffer jacket, as there was NO WAY he was going in.

He suggested Pittwater RSL afterwards for lunch, which was quite the slice of life. The waitress seated us in the over 70s area and we ordered the roast of the day.

It was a little taste of what my retirement on the Northern Beaches might look like. It wasn’t entirely my scene, since I’m not on a walker yet, but the duck fat-roasted potatoes were excellent.

Not good for my waistline, which continues to expand apace. Bloody peri-menopause … fuelled by duck fat-roasted potatoes.

I’m being very good with the booze though, aiming for four dry nights a week.

It’s been challenging at times, such as last Wednesday when as my ex discovered the eldest’s abysmal mid-year report card.

Geez I felt like a drink after seeing that.

I’m feeling a little exhausted by how hard I’m trying.

I have trouble understanding the opposite way of thinking.

And I’m not entirely sure punishing someone motivates them to achieve.

Actually, I have no idea what DOES inspire motivation.

I think true motivation comes from within.

Song of the day: Bette Midler “Wind beneath my wings”

2 thoughts on “The Palestinian pigeon racer”