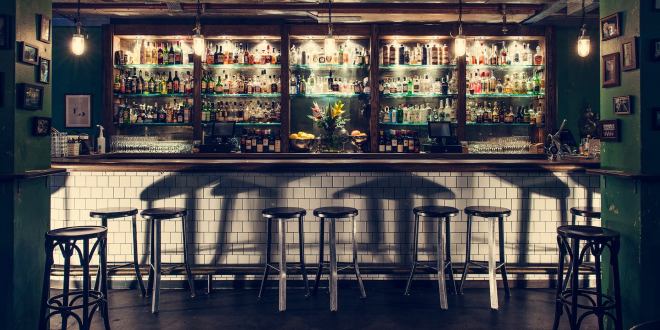 With the dark days of teen nasal surgery finally receding, I decided it was time to have a break from booze.

Then I remembered I was going to a wake anniversary on Sunday night and a gin launch last night.

While it wouldn’t be impossible to attend those events and not drink, I thought it was highly unlikely. So I postponed my abstinence.

Aaaaand … onto the boozy events …

The wake anniversary was held at the same pub as the original – the Three Weeds Hotel in Rozelle – marking the 10th anniversary of my friend James passing away from cancer.

His mum and dad arranged for lots of food and an open bar in celebration of their son, who was the loveliest man.

I thanked his mum for her kindness and she admitted she was feeling quite gutted by it all. It must be so hard to look around a room and see every else’s sons and daughters still merry and alive.

My heart really hurt for her.

There was also panic-induced pain in my chest prior to the wake, as I got in the car to drive there. I thought SSF was attending with my ex. I haven’t seen her for years, so I had a little stress cry.

Then I gave myself a metaphorical slap across the face and a big pep talk, saying I would own that room and she could get nicked into a corner.

I was feeling all I Am Woman Hear Me Roar as I drove past my ex standing alone at a bus stop. Maybe she wasn’t coming after all! As I parked the car, I got a text from him announcing her non-attendance.

I walked into the pub with a big, relieved smile on my face. And I had THE BEST time, other than feeling terrible for James’ parents. I caught up with lots of fabulous journo friends I haven’t seen for years.

It was the bulkest of fun and we all agreed we need to make the effort to see each other more often. We also agreed that geez life with teenagers was all-consuming and generally thankless, so fingers crossed we find a free moment.

I couldn’t do Pump yesterday because my hip hurt – I am sooooo oooooooold – from wearing soaring high heels to the wake to make my legs look as thin as possible. My gawd I was in pain after four hours of wobbling around on those skyscrapers. I barely made it back to the car. I’d have worn ballet flats if I’d know SSF would pike (or puke as autocorrect keeps saying).

PS I only had two sparkling wines while I was there – I am TERRIFIED by the new zero tolerance drink driving laws in NSW.

Last night I took my sister – in a cab – to the launch of Bombay Sapphire Limited Edition: English Estate. We haven’t seen each other for ages, so I thought it was an excellent chance to catch up, as she’s a big gin fan.

The gin is inspired by the landscape surrounding the brand’s home in the English countryside. It’s been infused with three extra botanicals – Pennyroyal mint, Rosehip and toasted hazelnut.

The launch was held at a funky joint called The Barber Shop that you access through a secret metal door in the back of an actual barber shop.

It was sooooooo cool. We loved the atmosphere of the bar, there weren’t too many young hipsters and the gin was delicious. I normally don’t like gin, but the hazelnut won me over.

And the food was delish too. DD was so jealous that he missed out because there were nibbles such as mini pasties and duck sausage rolls. I also quite enjoyed the smoked salmon blinis. Yum!

If you’re after a cool spot for a drink in the CBD, the Barber Shop gets two thumbs up from me … and my sis!

Here are a few happy snaps: 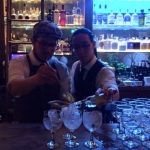 Song of the day: Pink “Raise your glass”