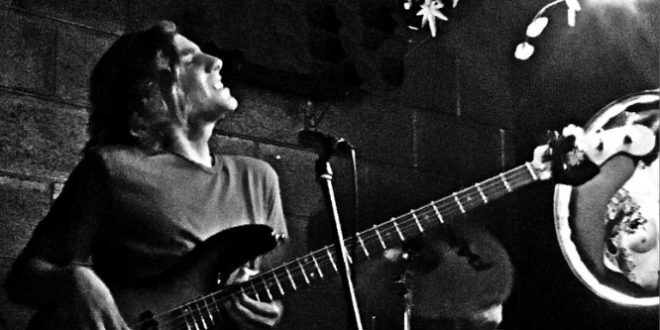 I was steeling myself for a night of abstinence – from food, wine and fun – as I drove to pick the kids up from art class/skipping last night.

I’d been so good all day. Well, my co-worker Michelle convinced me to have one of the little Malaysian cheese and pineapple tarts she’d baked. I tried to beg off on the grounds of diet, but she was very insistent. So I had a bite. It was much nicer than I was expecting.

Apart from that I was a total saint.

And then a flurry of text messages started popping up on my phone. I am being super careful with my phone because of the new fines, but I could see – out of the corner of my eye – that they were from DD.

So I Bluetoothed him, all safety conscious like, and asked him to talk me through the crisis.

He’d booked a table for two at a restaurant in Surry Hills called Mamasan for 7.45pm to watch a gig. He was wondering if I could come along, but understood if it was too tricky with all my single mum duties.

It WAS a little tricky … but Mamasan has a 1920s Shanghai vibe and serves dumplings and Peking duck pancakes and other yummy stuff … so I said a guilt-stricken “yes!”

There was just enough time after kid pick-up to feed the sprogs and whack on a bit of lippie before heading off into the night again.

DD and I cuddled up at a little table with dumplings, pork ribs, duck pancakes and wine  …  and so ended my 24-hour diet.

Don’t you reckon dieting would be so much easier if you just had to do it for 24 hours and then, voila, problem solved?

Unfortunately, that’s not the way it works. So I’ll start over again with the boringness today.

As for the gig, it featured an amazing 16-year-old who plays the bass and sings R&B like an angel. In an embarrassment of riches, he also looks like an angel. His dad was playing drums with him, DD’s son was on guitar and his proud mum was sitting beside us for the gig.

We had a great time, it felt like we were sitting in a quirky little Greenwich Village basement bar.

So totally unexpected on a chilly Tuesday night.

Here are some happy snaps – I forgot to take a selfie. 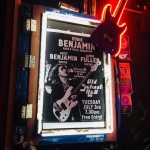 Song of the day: Stevie Wonder “Part time lover” (Eddie performed an amazing version of a Stevie Wonder classic last night, but I’ve had a brain snap and can’t remember which one it was)