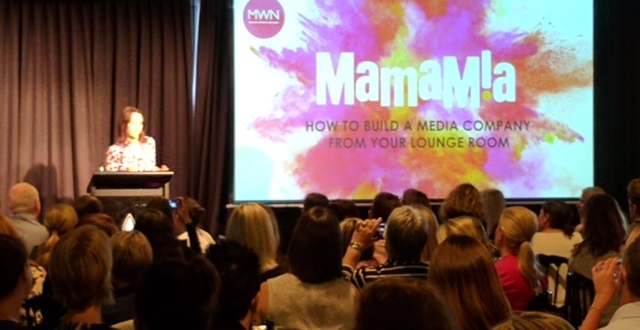 Yesterday was a bit weird for me. Mia Freedman was the guest speaker at a Women in drinks International Women’s Day event I attended. I was in charge of the communications and helped out on the day.

Mia and I didn’t cross paths. I could have woven my way through the 450-strong crowd to say hi, but I kept my distance.

I worked for Mia four years ago, when my marriage was falling apart, and the memory of the experience has become entwined with too much pain.

I also had a cracking headache from temporary caffeine withdrawal or dehydration or stress or something.

When she was on maternity leave from Cosmo and I kept the magazine ticking over; her wedding overlooking Sydney Harbour (with bonus fireworks and an embarrassing incident when I got locked inside the bathroom/bomb shelter); the heartbreak of her miscarriage; the breakdown of her marriage; joining her again many years later at Mamamia; leaving the fray a year on.

I told DD that it felt like I was a ghost in the room.

And you know how most people believe ghosts aren’t real? Well, it felt a bit like that too.

Was I REALLY there during those moments? It feels like a dream. I often wonder if it actually happened.

I mean, I know it did, but it has such an unreal quality to it all these years later.

Mia was a huge hit at the event. People thought she was funny and down-to-earth and engaging.

I stood in the queue for the bathroom afterwards – which was huuuuuuuuuge due to it being an International Women’s Day event with a predominantly female audience – and listened to the women rave about her speech.

Part of me was tempted to pipe up and say “I was by her side through a lot of that stuff.”

The day wasn’t about me. I was just there to help.

Besides, I probably imagined it all anyway.

I mean, if it was real, I would have sought Mia out and said hello … Wouldn’t I?

6 thoughts on “Maybe it never happened”