This item was our most popular gossip post of the week and revealed that the actor filmed a full-frontal nude scene for the finale of True Blood (beware, spoilers!). I loved Hollywood Life’s lament: “I really want to believe Eric and his penis are still alive.” Click here to see the video.

>> In what is possibly the strangest celebrity stalker story we’ve heard yet, a 49-year old former fireman – and, evidently, massive J-Lo fan – shacked up in the pool house of the singer’s Hamptons mansion earlier this month. Although John M. Dubis made no secret of the fact he’d taken up residency, reportedly sleeping on the couch, parking his car in plain view and even sharing photos of the house online, he went unnoticed by J-Lo’s security team for six days. SIX DAYS. 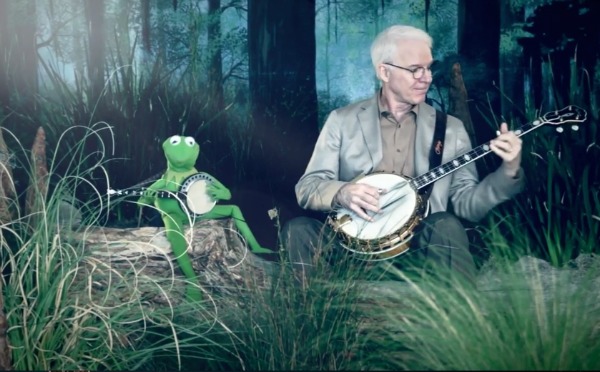 >> Here’s a video to put a smile on your face – celebrity photographer Matt Hoyle has united Kermit The Frog and Steve Martin on Funny Or Die having a banjo duel. It’s to promote his book, Comic Genius: Portraits of Funny People, which features the two of them plus Tina Fey, Chevy Chase, Robin Williams, “Weird” Al, Jane Lynch, Neil Patrick Harris and more. Click here to see it.

>> Tina Fey fretted on the David Letterman show that her toddler Penelope is a sociopath: “I was giving her a bath one night, and she was overtired – in her defense – and I said, `OK, bath time over.’ She got real mad that I took her out of the bath… She looked me square in the eyes, and with two tiny little hands, choked me. It’s so funny because they’re not strong enough to kill you. Not yet. Try again in a couple of years, Penelope!”

>> Here’s a GIF of Robert Pattinson kissing his co-star Mia Wasikowska on the set of his new movie Maps to the Stars … over and over and over again. A source on the set told People magazine that the scene had to be filmed four times, at three different camera angles … Ah, it’s a tough life …

>> Prison Break star Wentworth Miller came out as “a gay man” in a letter he sent to the director of a film festival in Russia. The actor refused an invitation to attend the St Petersberg International Film Festival due to the Russian government’s views on and treatment of homosexuality. “Thank you for your kind invitation. As someone who has enjoyed visiting Russia in the past and can also claim a degree of Russian ancestry, it would make me happy to say yes,” the 41-year-old wrote. “However, as a gay man, I must decline. I am deeply troubled by the current attitude toward and treatment of gay men and women by the Russian government. The situation is in no way acceptable, and I cannot in good conscience participate in a celebratory occasion hosted by a country where people like myself are being systematically denied their basic right to live and love openly.”

>> In news that will shock (or disappoint) approximately nobody, David Beckham stripped to his undies for a new H&M campaign. The ads, showcasing the autumn range for the David Beckham Bodywear brand, depict the footballer wearing an array of autumnal-hued briefs – maroon, grey marle and white included. Seasonal undies, don’t you just love ’em? 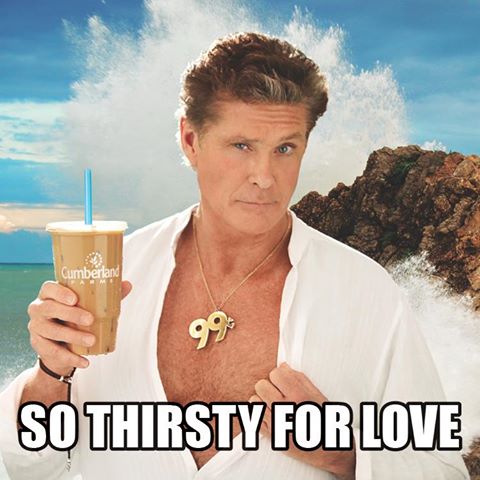 >> It was revealed that more than 550 life-sized cutouts of David Hasselhoff advertising an iced coffee called Iced Hoffee have been stolen from convenience stores throughout America in the last year, with the latest incident turning ugly. The Connecticut Post reported that occupants of a black four-wheel drive cut down the advertisements from a light pole outside a store and when the clerk tried to stop the two men and one woman from escaping, the car ran him down and dragged him – he is currently in critical condition in hospital. 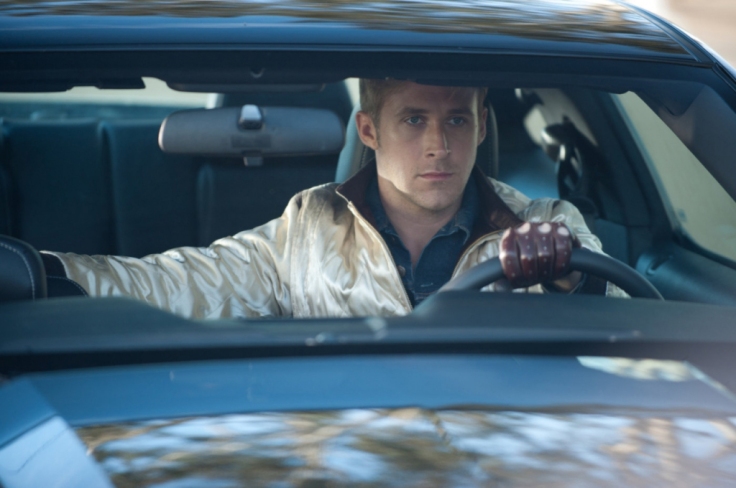 >> A woman in Michigan has no love for Ryan Gosling. After viewing his cult hit film Drive, she chose to sue distributor FilmDistrict for misleading her. That’s right. Her claim: The trailer led her to believe the film would feature more driving, as it had been publicised “as very similar to the Fast and Furious, or similar, series of movies.” But that wasn’t the case, as the lawsuit details: “Drive bore very little similarity to a chase, or race action film… having very little driving in the motion picture.

>> Two family portraits of The Duke & Duchess of Cambridge with their baby son, Prince George Alexander Louis, were released by Kensington Palace. As previously speculated, Kate and Wills opted to break from the tradition of releasing a professional portrait – the beautiful photos, which show the trio in a field (with family pets Lupo and Tilly joining in the fun) were taken by Kate’s father Michael Middleton. “He either reminds me of my brother or me when I was younger, I’m not sure, but he’s doing very well at the moment,” Prince William told CNN, adding, “He’s growing quite quickly actually. But he’s a little fighter – he wriggles around quite a lot and he doesn’t want to go to sleep that much.” 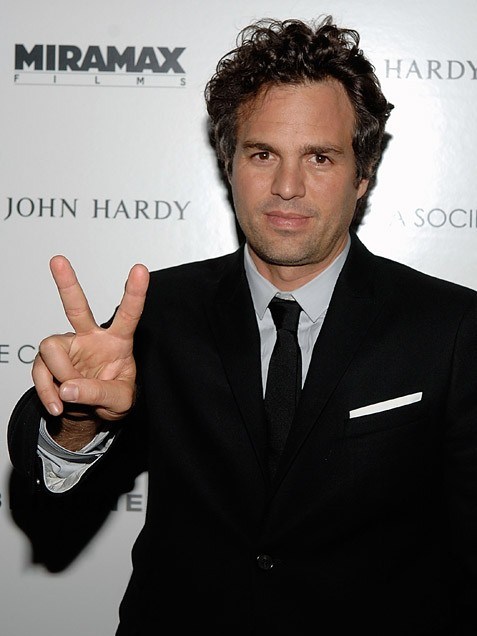 >> Avengers star Mark Ruffalo spoken out in support of women’s reproductive rights, with a letter he penned about the right to choose being read out at a US rally last weekend: “My mother’s illegal abortion marked a time in America that we have worked long and hard to leave behind. It was a time when women were seen as second rate citizens who were not smart

enough, nor responsible enough, nor capable enough to make decisions about their lives. It was a time that deserved to be left behind, and leave it behind we did, or so it seemed. It was shameful and sleazy and demeaning. When I heard the story I was aghast by the lowliness of a society that would make a woman do that. I could not understand its lack of humanity; today is no different.” Mark concluded the letter by urging men and women to stand up for women’s rights. “I invite you to find your voice and let it be known that you stand for abortion rights and the dignity of a woman to be the master of her own life and body. I invite you to search your soul and ask yourself if you actually stand for what you say you stand for.”

>> Like all mamas, Jessica Simpson’s pretty gaga over her daughter, Maxwell, 15 months. She posted this pic to Twitter over the weekend with the caption: “Maxwell is crazy beautiful.” 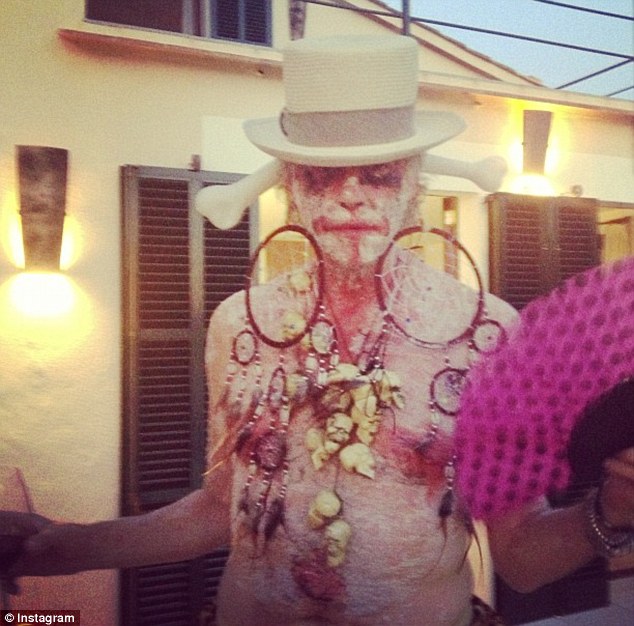 >> Bob Geldof got invited to a UK DJ’s 29th birthday over the weekend – in Mallorca, Spain, as you do – and decided to go all out on his costume. The party had a voodoo theme, so Sir Bob stripped off his top and smeared himself with white body paint. The results were a little too realistic for my liking …