Celebs never cease to startle me. One has started the most amazing blog, another is sleeping in a glass box at a museum, while a third is collaborating with Chris Brown on a song. Welcome to another crazy day in Hollywood …

Dax Shepherd has started a blog and his first post totally floored me. It’s about his dad dying of cancer in late December.

He writes:  “I was acting full time on a TV show based in LA when I got the call. He was in Detroit. On my days off from the TV show I was traveling around the country promoting a movie I had directed. During the month of August I went to Portland, Seattle, Chicago, Detroit, San Diego, Nashville, Memphis and New York. Compounding all of this was the recent and incredibly fortuitous news that my wife [actress Kristen Bell] and I were pregnant with our first baby. Whoever was writing my life couldn’t figure out which storyline they wanted to tell, and decided to tell them all at once. ”

On a visit to his dad, he describes finding “he could no longer sit up on his own, and talking was proving to be too much for him.”

That’s when an incredibly moving thing happened:  “At one point, and unbeknownst to both of us, my wife walked into the room. She had flown in from LA without any warning. It was a surprise. It was an amazing, incredible, perfectly timed surprise. She lifted her shirt up and he put his hand on her swollen stomach. He left it there for the better part of an hour. He was smiling from ear to ear, sitting contently, unable to put together a sentence, but still capable of connecting to the new family member we were creating. He wasn’t going to make it to the birth, but that didn’t get in the way of him meeting the new baby. It was an emotional and triumphant moment. One I will never forget. If I live to be a thousand, I will still be in debt to my wife for giving him that one last thrill.”

See the pic of Kristen baring her bump for his dad above.

Read the rest of his blog here. 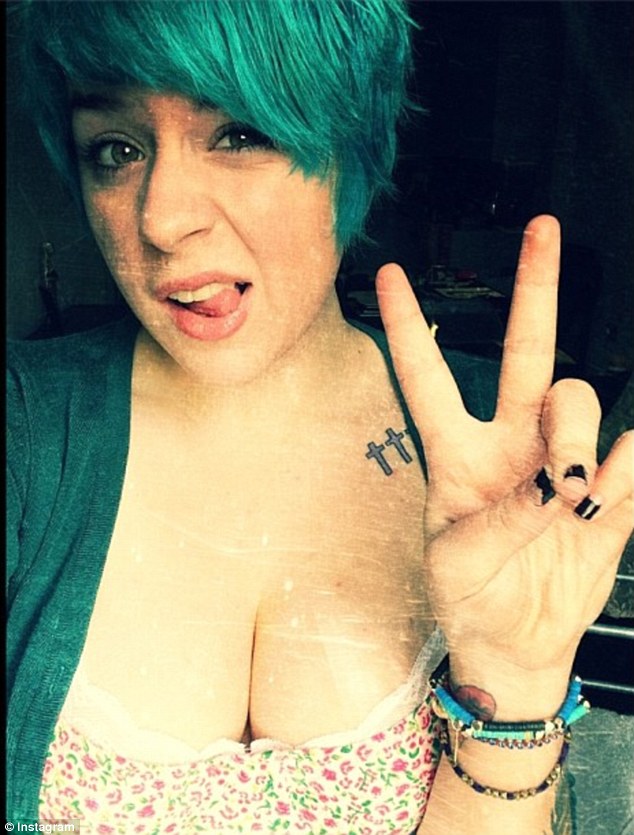 Isabella Cruise has dyed her hair green, sharing the new look on Twitter with the caption: “Silly squash selfie.”

It follows her sporting orange hair in January and purple in February.

What’s next for Tom Cruise and Nicole Kidman’s daughter? Can I suggest red like her mum? 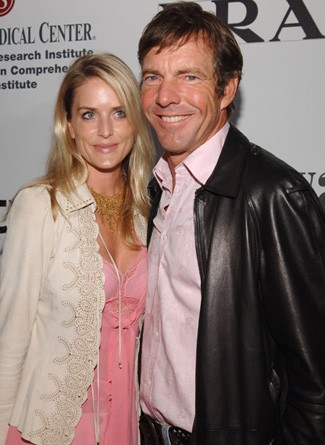 After separating last year, Dennis and Kimberly Quaid have reconciled, but there’s one awkward problem – they can’t stop their divorce from going through.

The couple broke up in the first place, according to TMZ because “Kimberly is fed up with Dennis’ cheating and wants out of the marriage.  He’s not a good husband.”

But now she’s changed her mind.

Unfortunately, they’d already signed the divorce documents, which are sitting on the judge’s desk. The paperwork is going through the system and the judgment will become final. 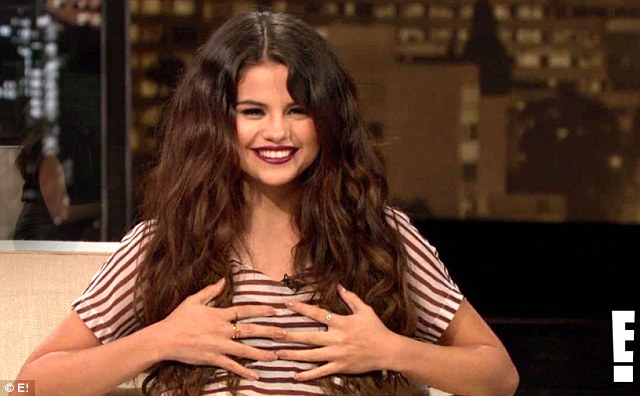 She’s told the Chelsea Lately show how much she loves being single.

When asked if she was having fun without a boyfriend, she said: “I really am!”

Host Chelsea Handler joked: “Enjoy this, girl. You’re 20 years old. You’ve got a lot of men ahead of you!”

Jennifer Lopez is currently working on her tenth studio album and she’s revealed she’ll be collaborating with rapper Chris Brown for the first time.

Sleeping is an art for Tilda 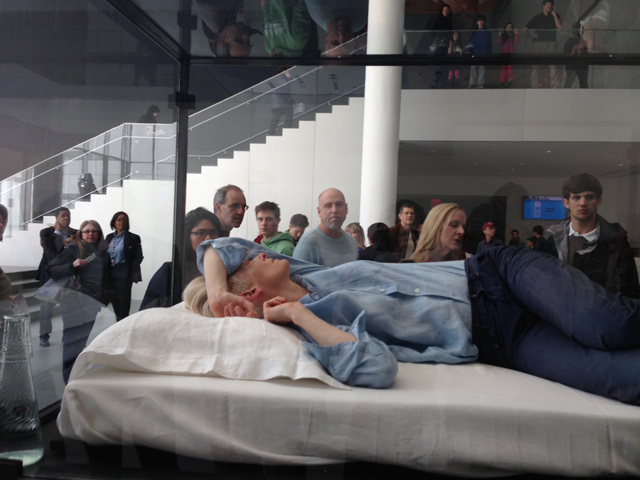 We Need To Talk About Kevin star Tilda Swinton is trying her hand at performance art – sleeping in a glass box at the Museum of Modern Art in New York.

A source tells Gothamist.com that the museum’s staff “doesn’t know when she’s coming until the day of” and the box only contains “cushions and a water jug.”

Tilda calls it “The Maybe” and first performed it in London in 1995 at the Serpentine Gallery and later at the Museo Barracco in Rome.

According to the MoMa “An integral part of The Maybe’s incarnation at MoMA in 2013 is that there is no published schedule for its appearance, no artist’s statement released, no museum statement beyond this brief context, no public profile or image issued. Those who find it chance upon it for themselves, live and in real-shared-time: now we see it, now we don’t.”

She will be performing “The Maybe” about a half-dozen more times between now and the end of the year, “each unannounced and in a different location in the Museum.”

Check out the identification card for the piece below. 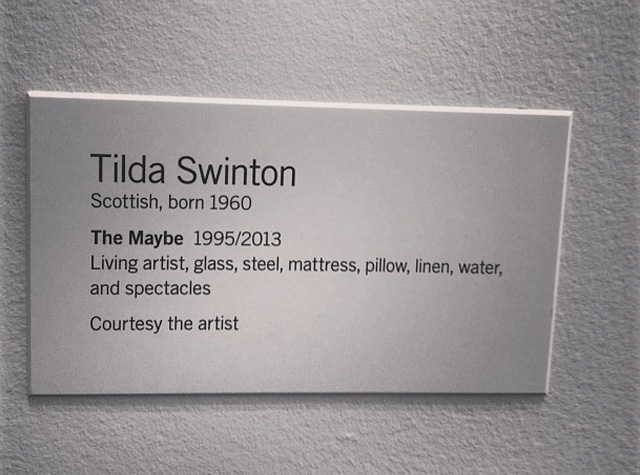 Drew Barrymore has shared a home video of her cute bub Olive on The Jimmy Fallon Show.

“I mean, come on. It just makes you happy,” host Jimmy says of Olive’s infectious laughing in the clip.

According to Drew, her daughter is a big fan of him as well. “She loves Jimmy by the way,” she said. “She gets like very coquettish deer eyes with him.”