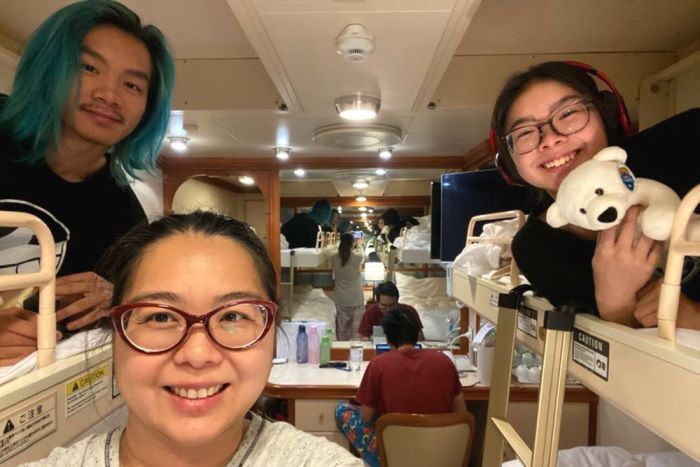 I am obsessed with the cruise ship that’s gone into quarantine with 3700 passengers on board in Japan. Completely and utterly obsessed.

It’s believed the virus was brought on board the Diamond Princess by an infected 80-year-old Hong Kong man, who joined part of the 14-day cruise, then tested positive for the virus after disembarking on January 25.

As for everyone else still stuck on board … They’re in quarantine for 14 days. And it’s a particularly harsh version that involves being stuck inside a tiny, claustrophobic cabin. 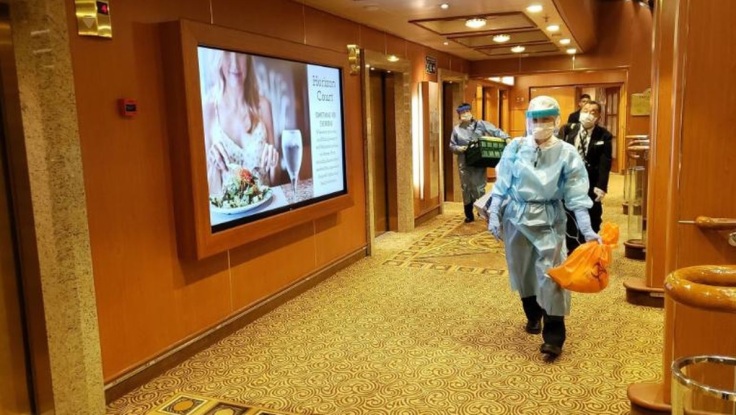 I’ve been on a couple of cruises in my time, always in a cabin without windows in the centre of the ship. The concept of spending 24 hours a day for 14 days inside one of those cabins is beyond my comprehension … even if they have magnanimously made the wi-fi free.

At least people with balconies can get outside for some fresh air. 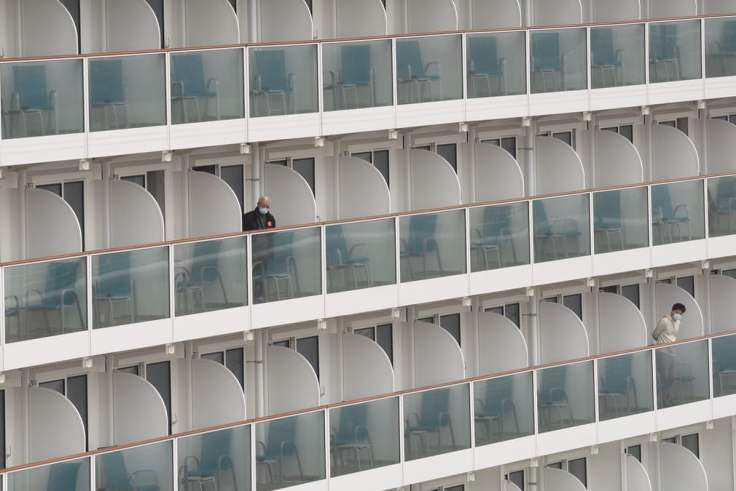 The New York Times interviewed a passenger called Masako Ishida, who said its been a bit of a shambles. Breakfast, delivered by staff members in goggles and masks, didn’t arrive until almost 2pm one day, with lunch arriving soon afterwards.

Ishida and her family are passing the time by playing games on their iPads, reading, watching movies and speaking to family and friends.

More than 60 passengers from Japan, Hong Kong, Australia and the United States have been found to be infected aboard the Diamond Princess. The ABC is reporting that five Australians are among the 41 new cases. A total of seven Australian passengers are now known to have contracted the virus. 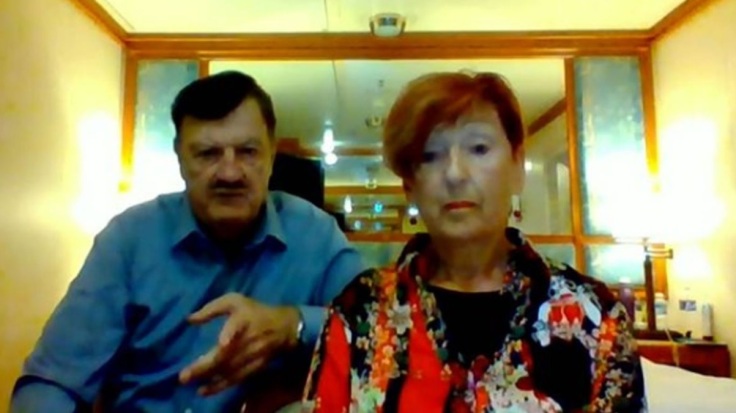 Brisbane couple Carole and John Welch are among the 233 Australians trapped on board – they’re in a windowless cabin.

She told the Today show: “So far so good, but I don’t know how it is going to be in a few days after being stuck in a small cabin with no fresh air, no windows.

“We can’t see anything, we can’t talk to anyone. We are just getting food delivered and that’s about it.”

Cairns retirees Paul and Jacqueline Fidrmuc are also on the ship: “We are just kind of sitting tight really. It’s a little bit daunting. But look, we can’t do anything … We are good strong healthy people and we’ve got good immune systems and fingers crossed that … we can fight it off.”

Queensland couple Paul and Coralie Williamson consider themselves lucky, as their room has a balcony and fresh air.

“You can sometimes hear when food is getting delivered that people are getting upset about not having medication and about not getting information,” Coralie told ABC News.

The couple are finding innovative ways to keep themselves occupied.

“We’ve both got Fitbits so we’re trying to get our steps going and doing some stretches and those sorts of physical things, as well as trying to come up with a bit of a routine [for] our entertainment,” Williamson said.

Melbourne resident Aun Na Tan is also on board in a windowless room with her husband and two kids. Ermagerd.

“So far, we are being asked to remain in our rooms, so we haven’t seen anyone else other than the crew supporting us by bringing our food, bottles of water and soft drinks and taking rubbish away,” Aun said.

“We’ve heard some irate people verbally harassing the crew, but it is out of their hands. I believe they are trying their best in this situation to assist us where they can. Our family is trying to stay positive and calm in this time.”

A second ship, the World Dream, is docked at Hong Kong’s Kai Tak Cruise Terminal with 1800 people on board.

Meanwhile, DD’s cousin Denise was supposed to be heading back to work at a school in Hong Kong after her holiday in Australia, but is hoping to stay here until the crisis passes.

Who know when that will be?