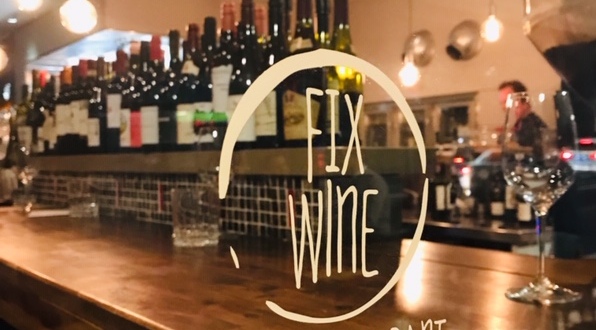 Many moons ago I booked two seats at wine degustation dinner to celebrate my ex’s birthday. It featured Peterson’s, which was one of our favourite wineries, and it was held at a venue called Fix St James.

I thought it was a pretty awesome gift idea until my ex decided to go off the grog for his birthday month of March. Who goes off grog for their birthday month?

He agreed to attend the birthday treat, but refused to put his lips to a glass of anything but water. I begged him to at least sip and spit, but nup.

I was VERY, VERY CROSS about it.

I suppose I should have been more supportive of his determined abstinence, but I so bloody wasn’t.

Fast forward to the current lunar phase and DD and I returned to the scene of the crime – in the city on Elizabeth Street – last night for the bar’s 13th birthday party.

Fortunately DD hadn’t decided to sign up for Sober September and was quite thrilled to sip the wines on offer.

We scored an invite because owner and sommelier Stuart Knox sits on tasting panels for Drinks Trade magazine. Lucky us!

I wasn’t too keen to attend initially, as I’m feeling a bit worn out … and possibly because of my previous unfortunate experience there … but DD’s friends said it was an awesome place, so he put in a special request to go.

Before I go any further – as is often the case with me – I must rewind.

Earlier in the day, I went to reception to request two Cab Charges and my dear work buddy Gaye said “Oh! Are these for the mentoring program event this afternoon?”

Ermagerd … I’d totally forgotten about that.

It was serendipitiously also on Elizabeth Street, at the headquarters of Brown-Forman Australia, immediately prior to Fix’s birthday.

Thank heavens for the reminder, as I needed to report on the event for the Drinks Association, which runs the program each year for emerging leaders.

Just as my heartbeat was beginning to return to normal, the youngest texted to say we hadn’t submitted her permission form for the geography excursion the next day, due to her being away so long with the flu, so she wouldn’t be able to go. Panic stations!

I printed the form out, dropped it to the school, ducked into Pizza Hut and pre-ordered dinner for the kids, jumped into a cab and headed to the city.

As the mentoring event kicked off, the youngest frantically texted to say the office had lost the form. FFS. How? I’m so glad I went to all that freaking trouble.

After the mentoring event, which featured a panel of drinks industry high-flyers discussing their career paths, we adjourned to the Brown-Forman bar (all the drinks companies have on-site bars) to try some signature drinks, including the Gentleman Jack Sour and Woodford Reserve Old Fashioned, paired with fried chicken. 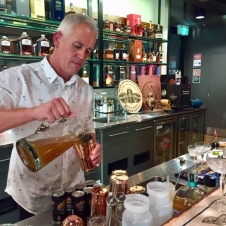 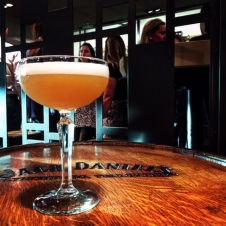 I was blithely sipping my Old Fashioned and chitter chattering to a a mentor from Amatil and a mentee from Bacardi when I checked the time and almost dropped my glass. It was 5.50pm and I was meant to be five blocks away in 10 minutes!!!!

I scuttled frantically up the street in high heeled boots, feeling increasingly like the Little Mermaid when she got feet for the first time. Ouch, ouch, OUCH! My language became Increasingly sailor-like with every agonising step.

When I finally got to Fix, the usually belated DD was waiting with his hands on his hips in mock outrage.

We wandered into the party and tried some stunning wines, including a glas of the owner Stu’s last three bottles of Piper’s Brook 2006 Blanc de Blanc. It was gorgeous, with a bead so fine I didn’t pick it as a sparkling at first. Nom, nom, two thumbs up.

We’re thinking we might launch DD’s website at Fix, as Stu is an excellent and very entertaining host. 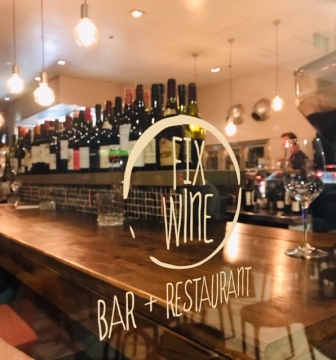 Pass the Panadol, it’s time for a brief period of personal abstinence.

Song of the day: Coldplay “Fix you”