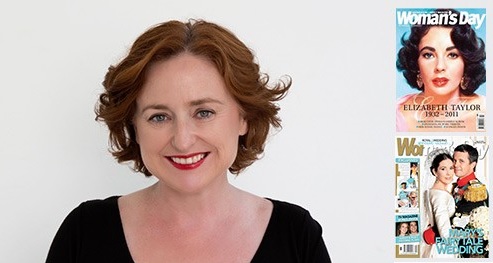 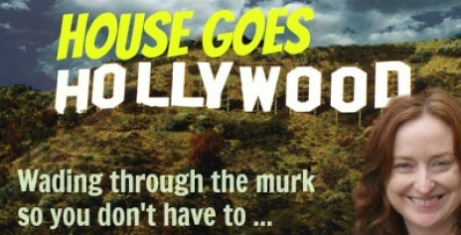 Whoa it’s been a quiet week for celebrity news … if it wasn’t for Prince Harry and Meghan being adorable all over the place, the gossip mags would be totally screwed.

Since the star factor has been so low, I’m going to kick off the column by telling you about a party I went to last night. There were no celebrities in the room, but there were a couple of familiar faces from my Woman’s Day years. 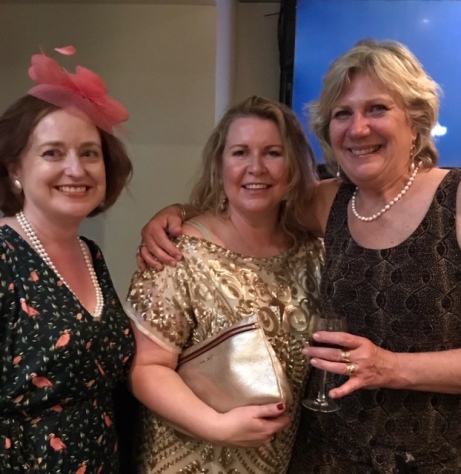 It was a 60th celebration for my former food director, Jennene Plummer, who looks way more like she should be celebrating her 50th.

Jennene and I spent so many wonderful years together at Woman’s Day. Aside from putting out the food pages of the magazine each week, we also worked on a beautiful spin-off title called Everyday Food together – with art director Anne-Marie Cummins, who’s with us in this photo from the party.

I even got a mention in the speech Jennene’s husband gave, as being part of some of her favourite years in magazines. I was very touched.

The party had a gangster theme, so I dressed up in a vaguely 1940s style dress with a netted fascinator and pearls and t-bar shoes and fishnets. I was a bit worried I looked more like a grannie going to the races than a crime moll.

I spent HOURS on Saturday trying to find DD a gangster-style hat. After trawling endless Vinnies stores, I finally headed to Lowe’s where I picked up this hat and a pair of patterned suspenders for him. I forgot to take his photo so you’ll have to imagine how spunky he looked. 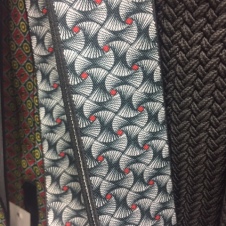 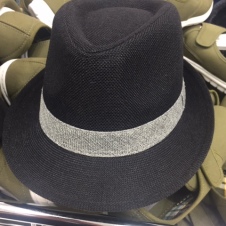 Now, onto the famous people … like the rest of Australia, I’ve been captivated by Prince Harry and Meghan Markle’s Aussie tour this week. 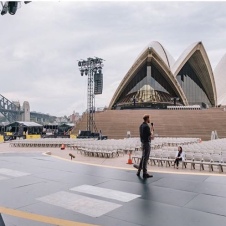 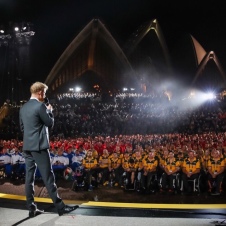 I absolutely love the before and after photos that the couple’s official Instagram account shared of Harry giving his Invictus Games opening speech. In the first one he’s rehearsing it with Meghan as his sole audience. Naaaawwwww.

My other favourite bits were when Meghan took homemade banana bread in her hand luggage on the plane ride to Dubbo to share with a local farming family, the Woodleys.

According to one reporter who tasted the bread, it contained chocolate chips and ginger (?!) and tasted “rather nice”. 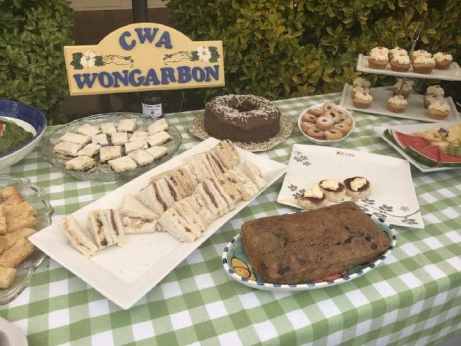 Also that the royal couple did away with minders and lovingly held umbrellas for each other as the rain poured down in Dubbo … a town that’s been struggling through drought for a decade.

Meghan held the umbrella while Prince Harry gave a speech to onlookers. She even told the Mayor of Dubbo, Ben Shields, “I got it” as he went to offer the service for Harry himself. 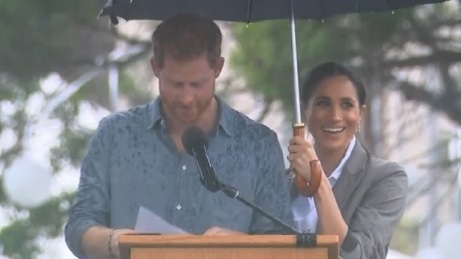 Harry’s touching, personal speech discussed mental health and depression and revealed his own experience of asking for help.

Prince Harry ended his speech by telling the crowd “the rain was a gift”, much to the delight of locals who have been saying they believe the royals brought the wet with them.

Dubbo Aboriginals credited Harry and Meghan for bringing rain, saying thank you as it bucketed down in the town’s Victoria Park as locals cheered.

A Tweet I saw that sums it up: “I try not to be sentimental about these things (being a staunch republican), but there’s something rather touching about a young Prince Harry getting soaked to the skin in a drought-stricken NSW country town. Let’s hope there is more rain coming, though…” 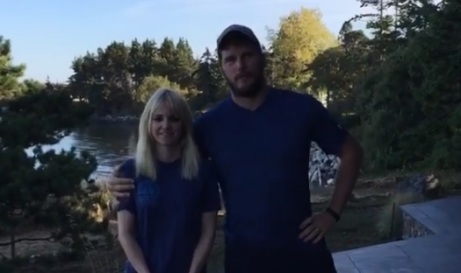 Chris Pratt and Anna Faris are officially single after finalising their divorce this week.

The dissolution of their marriage comes a year after the couple announced their separation. They were married for 9 years and share a 6-year-old son, Jack.

“Anna and I are sad to announce we are legally separating. We tried hard for a long time, and we’re really disappointed,” the couple said in a joint statement on August 6 last year.

They added: “Our son has two parents who love him very much and for his sake we want to keep this situation as private as possible moving forward. We still have love for each other, will always cherish our time together and continue to have the deepest respect for one another.”

The couple met on the set of Take Me Home Tonight in 2007 and got engaged a year later before marrying in summer 2009. Faris opened up about her separation from Pratt to PEOPLE last October, saying, “We’ll always have each other and be incredible friends. There is still so much laughter in our lives together, and he is so proud of me, still.”

She added, “We watched each other grow, and he still cracks me up all the time. And I think I crack him up — unless he’s a really good actor and great at faking laughter.”

Pratt and Faris have both started new relationships since their separation. Faris has been dating cinematographer Michael Barrett since last September, while Pratt has been linked to Katherine Schwarzenegger since mid-June. 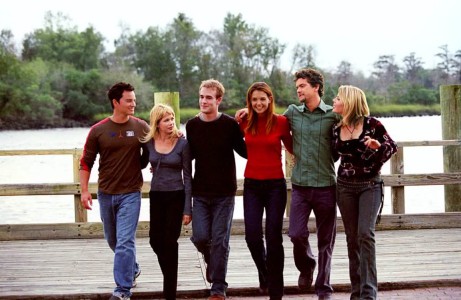 My illusions about Dawson’s Creek were shattered this week by star Busy Philipps, who opened up about her time on the show in her new book, This Will Only Hurt a Little.

The actress said she realised immediately that the Dawson’s Creek cast was very different from the cast she worked with on her other hit show, Freaks and Geeks, where everyone was friends.

“Maybe that was how it had been when the show first started, but by the fifth season, when I showed up, the main cast didn’t really hang out together that much and they obviously had some fairly intense dynamics going on,” she wrote. “It was clear that Joshua Jackson and James [Van Der Beek] didn’t really like each other, and while Katie and Michelle [Williams] were friendly, it didn’t seem like they were very close. Kerr Smith was sort of friendly with everyone.”