DD is about to disappear overseas for most of the next three weeks. Sad face.

So he took me on a farewell date to Vivid on Monday night.

He normally goes to a group workout at the Warrior’s Muscle Beach on Monday nights. The gang was most put out when he ditched them for a date.

I’m normally footloose and fancy free on Monday nights due to my co-parenting arrangements, but I currently have two permanent lodgers in the front bedroom while we try to resolve Ratmageddon 2019. I tossed a few spicy chicken wings and wedges into the room before I departed.

Then we headed to the city to see the pretty lights in the suddenly arctic conditions. Apparently it’s going to be the coldest May day in seven years in Melbourne today. Brrrrrr.

DD loves a boat ride, so when he saw a water taxi offering a 20-minute twirl for $15 a head he hustled me on board. It was such a lovely, relaxed way to get up close to the Harbour Bridge and Opera House.

Unfortunately the snuggly photo we asked a fellow taxi rider to take (above) is dark and out of focus. So I’ve included a dodgy selfie (below) I took as it’s the only other proof that we were there.

After our water taxi adventure we pootled around on land, along Circular Quay to the Botanic Gardens, where we agreed it wasn’t our favourite Vivid. It was a bit … sparse and lacking in wow factor.

Oh, there were some fab bits. We loved the display on Customs House and the fireflies in the Botanic Gardens, but lots of stuff underwhelmed.

Still, we had a lovely time wandering around arm in arm. There are many, many, many worse ways to spend a Monday night.

And Monday is the perfect time to see Vivid as there are no crowds to battle.

We finished up with half a pizza and a glass of wine each at Fratelli Fresh, then DD gave me a final car cuddle, dropped me home and ran.

Skipping his group workout came at a price for DD: an icy 7am workout on Tuesday morning with the Warrior at Palm Beach, followed by an ocean swim. Brrrr again … well he reckons it was nice in the water, just uncomfortable out of it.

Speaking of uncomfortable, I fielded an agitated phone call from my ex about Ratmageddon in my lunch break yesterday. He’s still very, very upset about the rodent. It’s going to be a rocky few weeks while we try and sort it out.

After work, I consoled my traumatised 13-year-old about an issue at school. And then I had an overwhelmed cry myself as I cooked dinner.

After dinner, I realised in horror that I’d been texting a friend over the past few days about various inane things and forgotten to ask how the new job was going that she’d started on Monday.

I could do with another DD cuddle. But he’s off to a cancer conference in Chicago tomorrow, backed up by business trips to Japan and China.

Poor him. Poor me.

I will miss him …. and his Warrior biceps … very much.

Ah well, here are some pretty Vivid photos (apart from the selfie, it ain’t pretty): 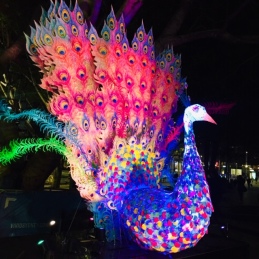 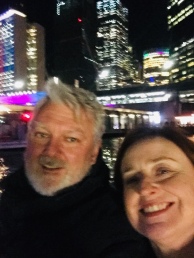 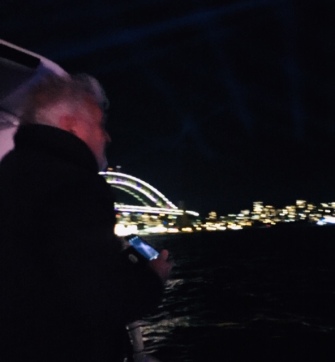 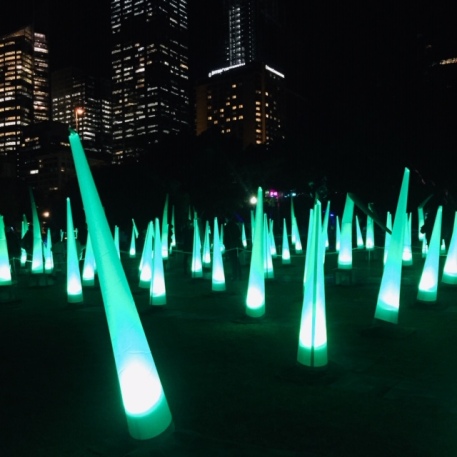