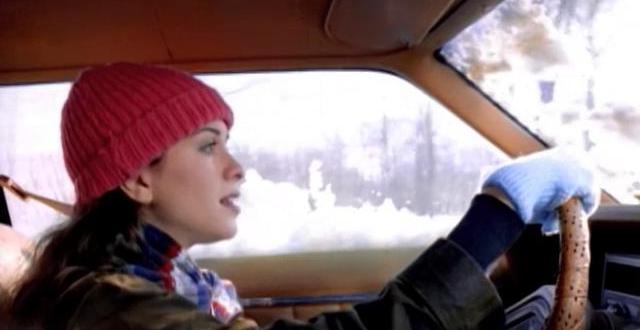 It kinda sucks when you volunteer to make a dozen cupcakes and help in the kitchen at the high school band intensive workshop on a Sunday – because you’re feeling guilty about pulling the whiny “I’m a single mum” card about helping at another school event on the Friday night – and your child decides that they’re quitting band the night before.

Is that ironic? I’m a bit paranoid it’s not after spending the past 22 years yelling at the radio whenever Alanis Morissette’s “Ironic” plays … 22 years … geez that makes me feel old.

I think Alanis probably yells at herself when she hears the song too, after all the flack she’s copped.

Bless her for having a sense of humour about it and singing this version of the song with James Corden recently:

Anyways, I felt it would be poor form to withdraw my cupcake and morning tea support at such late notice, simply because my child has lost the passion for playing the tenor saxophone.

And so I found myself baking cupcakes on Saturday night. The youngest was very eye-rolly about me decorating them, insisting everyone would be fine with some icing and random sprinkle, but that’s not how my brain works.

So I did simple Smarties flowers with mint leaf leaves and sour strap stalks. They were very well received.

Then I hung around cutting up fruit and slicing bread rolls for a few hours.

Things got about as dramatic as they do in a school kitchen (when someone hasn’t cut themselves) when I sliced open a huge watermelon and it started geysering red pulp like a fountain all over the bench, cupboards and floor.

Turns out it had fermented  …

I just stared at the mess in fascination and wished I’d taken a photograph of watermelon armageddon before the frantic clean up began.

And then I headed home, only to realise I’d left my cupcake carrier at the school, which was unfortunate, but not ironic, Alanis.

That’s about as exciting as my weekend got, which was quite nice for a change.