Did you watch Princess Eugenie’s wedding to Jack Brooksbank on Friday?

I missed it because the youngest is totally NOT into the Royals. So I introduced her to St Elmo’s Fire instead. She may have regretted her decision, but I enjoyed revisiting Judd Nelson and Andrew McCarthy’s battle over Ally Sheedy.

I’ve since watched enough snippets of the wedding to get the general gist. It seemed quite lovely, Fergie lived up to her reputation of being a “character” and the bride was radiant.

I got misty eyed over this tweet by Jo Abi:

Jack also said Eugenie looked “perfect” when she met him after walking down the aisle, at least that’s what a lip reader told Brides magazine.

All that eight years into their love affair …

I also thought it was a pretty awesome move on Princess Eugenie’s part to wear a dress that showed off her scoliosis scar. Eugenie specifically requested that the dress reveal the scar, which is a result of a surgery she had when she was 12 years old to treat the curvature of her spine.

Eugenie said before her wedding that she was doing it for others who may have gone through something similar.

I also thought James Weir’s recap of the wedding was a cracker. Especially the last few sentences, which focussed on an excerpt from the Great Gatsby that Princess Beatrice read during the ceremony at the request of her sister because her now-husband Jack reminds her of the title character.

“It was soon after she and Jack had first met that Princess Eugenie read The Great Gatsby by F. Scott Fitzgerald,” Princess Beatrice explained. “One particular passage in which Jay Gatsby is described reminded her immediately of Jack.”

Weir writes: “In case you’ve never read the book, Gatsby can be summarised simply as a millionaire narcissist with no real friends who is eventually shot dead and found in a pool and then has a funeral that basically no one attends.

“We wish Princess Eugenie and Jack the best.”

Despite seven years of marriage and three children, she couldn’t keep her hand off the royal thigh.

Hugh Jackman turned 50 this week and had a laugh at his own expense to celebrate.

He shared a photo of himself on Instagram, taking a nap with his French bulldog Dali by his side.

“When people tell you ‘you don’t look 50’ part of you believes it,” Jackman wrote, “until you see yourself sleeping.”

He previously told Who magazine he wanted to celebrate the milestone with a dinner party for 10, but said his wife Deborra-lee Furness had bigger ideas.

“We’re going to meet somewhere in the middle,” he told the magazine. “We’ll do something and it’s going to be fun. But no speeches. No speeches.”

Owen Wilson has welcomed his third child, a baby girl, with Varunie Vongsvirates.

Vongsvirates is a business development rep for American Addiction Centers.

While she claims to be Wilson’s longtime girlfriend, the actor underwent a paternity test in June after Vongsvirates claimed he was the father of her unborn child. 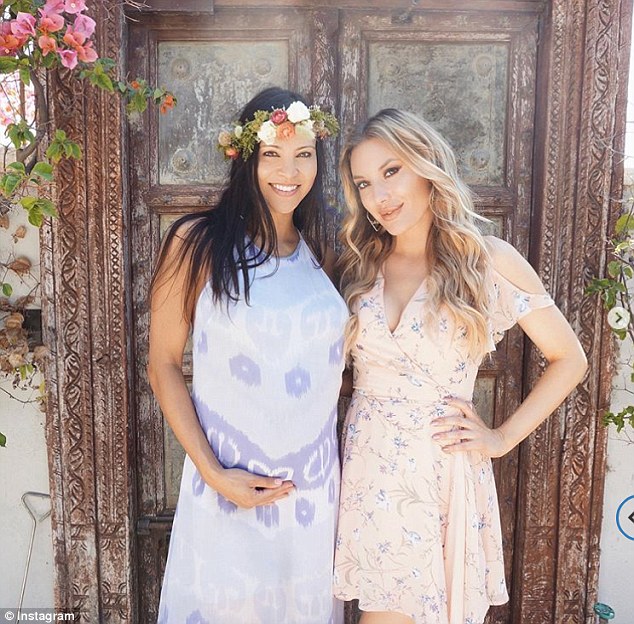 Wilson already shares 7-year-old Robert Ford — named after his late father Robert Wilson, who died at the age of 75 in May 2017 — with ex-girlfriend Jade Duell, and Finn Wilson, 4, with Caroline Lindqvist.

Vongsvirates announced she was expecting in June on Instagram by sharing a photo of an ultrasound. She captioned it, “Say hello to Lyla. 3 months to go!”

The actress, who announced her pregnancy in February, is also mum to 7-year-old son Bingham Hawn from her relationship with ex-fiancé Matt Bellamy and 14-year-old son Ryder Russell from her marriage to ex-husband Chris Robinson. 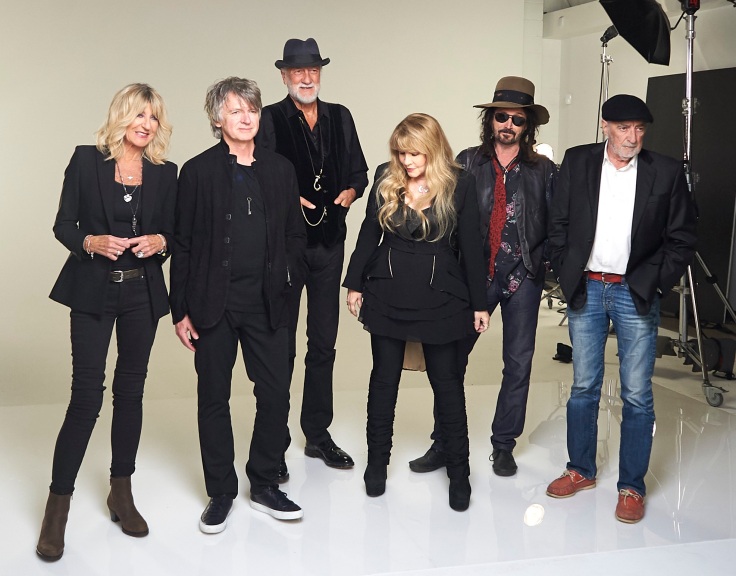 Former Fleetwood Mac lead guitarist and singer Lindsey Buckingham has filed a lawsuit against his bandmates for firing him from their tour and replacing him with Neil Finn.

Buckingham, 69, claims his manager informed him in January that the rock band “would proceed with its upcoming and already organised 2018 to 2019 concert tour without him.”

He further alleges that “not a single member of the band” called him to share the news despite 43 years of friendship. Ouch!

Buckingham admits in his lawsuit that he asked the group to start their tour in November instead of August to allow him to release and promote a solo album that he had been working on. After his bandmates allegedly refused to accommodate his request, Buckingham delayed his solo project to tour with them. He says all five of them agreed to do approximately 60 concerts in North America.

Channing Tatum has a new girlfriend – who looks a lot like his ex-wife Jenna Dewan – British pop singer Jessie J.

Tatum, 38, and J, 30, have been dating for a few months, with the actor spotted at Jessie’s October 6 concert in Seattle. They were also seen at a mini golf course together in that same city — and other low-key appearances popped up on social media around the same time

It’s been six months since Tatum and Dewan announced their decision to separate after almost nine years of marriage.

“We have lovingly chosen to separate as a couple. We fell deeply in love so many years ago and have had a magical journey together,” the couple said in a joint statement.

“Absolutely nothing has changed about how much we love one another, but love is a beautiful adventure that is taking us on different paths for now. There are no secrets nor salacious events at the root of our decision — just two best friends realising it’s time to take some space and help each other live the most joyous, fulfilled lives as possible. We are still a family and will always be loving dedicated parents to (daughter) Everly. We won’t be commenting beyond this, and we thank you all in advance for respecting our family’s privacy.”