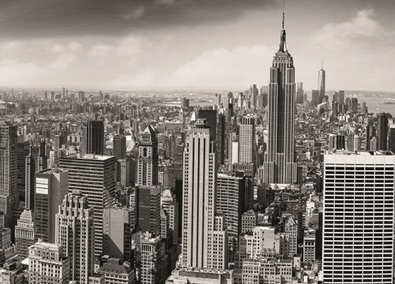 So, my little renovation project kicks off in a few weeks and I’m starting to fret.

On the Can I really afford this? front, I’ve postponed the double-glazed front window because it was going to cost $3600 freaking dollars.

I’m not particularly bothered by the traffic noise so I figured it could wait.  Nice as it would be to finish off the project.

What am I talking about? There’s not enough dosh for a deck, so the new french doors will remain locked for the foreseeable future, due to the two-metre drop to the pavers below.

The youngest accompanied me to IKEA on Saturday to do a bit of reno sussing. I’d been planning on getting my pendant lights for above the kitchen island from Temple & Webster or somewhere similarly groovy, but I quickly discovered that I would be more than $500 poorer.

I picked up three from IKEA for $20 each.

I also had to fork out for a sun-shaped light shade for the youngest’s bedroom, as she felt it would set off her playground theme nicely (fake grass on the floor, actual play equipment in the room, cause that’s the way I roll).

We eyed off a three seater sofa with chaise lounge section in charcoal grey that will be around $1200. And we checked out bar stools. So much for my idea that an island bench/dining table would be a cheap option. I’m looking at around $800 – even from IKEA – for eight bar seats, because we want ones with backs.

The IKEA pendants have also created a problem – they require a change in colour direction for the splashback. It was going to be an ice-mint colour, but the pendants are a warmer green.

Now call me crazy, but I’m thinking about a black & white city skyline splashback instead.

I’m figuring you’ll either love or hate the idea …

Oh, and in other exciting news, the neighbours are thrilled by the idea of going halves in a paling fence to replace the low, metal one. Woo hoo!

I love it when a plan comes together.

Here are a few inspo photos (it’s all pretty exciting, oh how I adore a reno!): 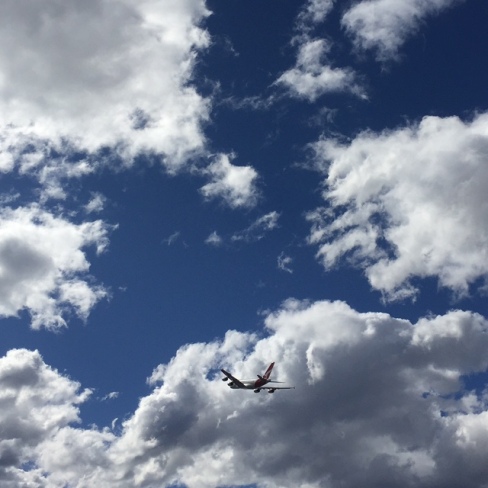 The gorgeous sky outside IKEA. 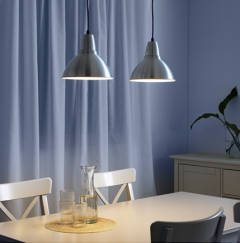 I got three of these pendants, except in green. 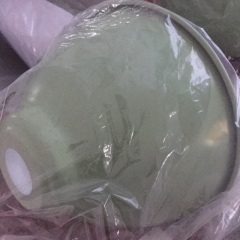 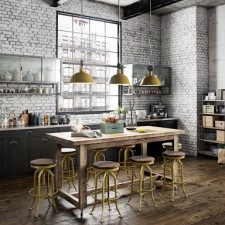 I’m imagining the pendants over a bar table island bench like this, except mine is daggy laminex.

I know the sensible thing would be to get a plain splashback, but there’s something about this design that’s tempting me. 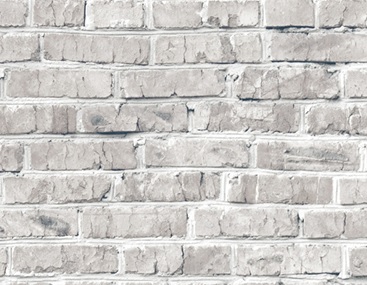 Or should I go this one to echo the pendant/island insp? 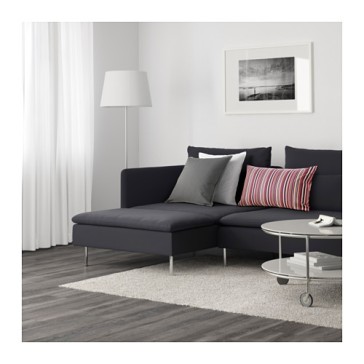 The lounge I’m thinking about. 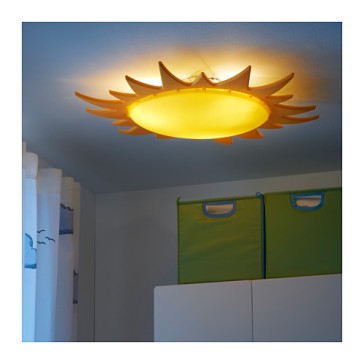 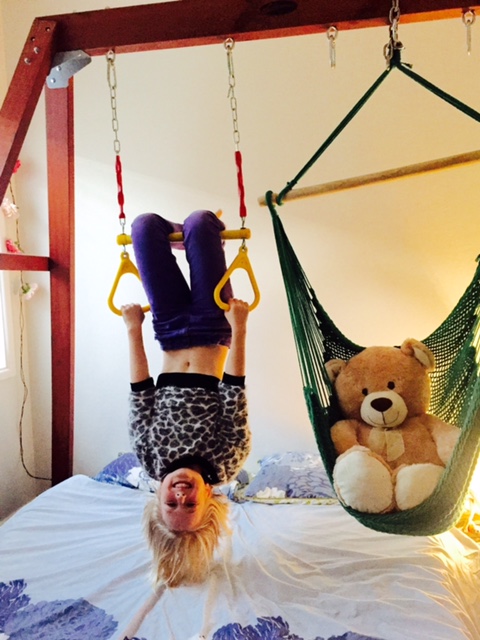 … to go above her play set.

Song of the day: The Jam “Bricks and mortar”