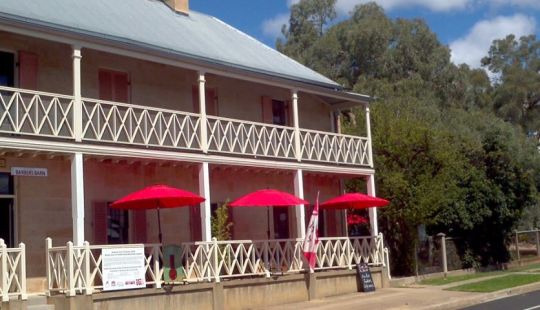 There are certain things you don’t expect to find 238km from Sydney in the middle of country NSW.

The Household were en route to Dubbo Zoo last Friday when Husband suggested I search for a lunch option. I initially set my heart on Mudgee before stumbling upon a little town called Rylstone (though I’ve never totally forgive the Mudgee pub for serving me tandoori chicken with sour cream on my last visit 15 years ago, I’m funny like that) and a restaurant called 29 Nine 99.

I’ll quote  Not Quite Nigella on this because we were too busy stuffing our faces in the sunny, red umbrella-filled courtyard to ask HOW? WHY?

“The owner of this restaurant called “29 Nine 99” is artist, Na Lan from Xian in central China’s Shaanxi province. In China, she met her Australian husband Reg and they were married on the 29th of the ninth month 1999 hence the name of the restaurant which sits to the right of the Bridge View Inn. Apart from yum cha, the unfolding space that encompasses indoor and outdoor seating, is also a shop and when you walk in you’re struck with a kaleidoscope of colour and the waft of incense. 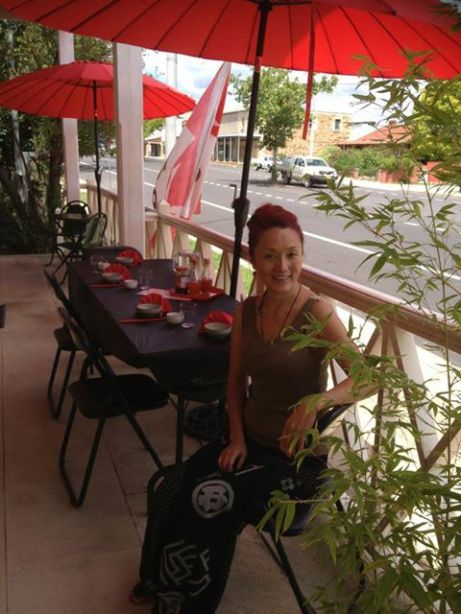 “Na Lan previously lived in Byron Bay but moved to Rylstone after tiring of the omnipresent green colours of Byron Bay. She moved to Rylstone and cried when she first arrived so her husband brought her to Sydney where she realised that city life also wasn’t for her. “I had enough city in Beijing” she says and she started to miss Rylstone and returned there shortly after.”

The menu offers 8 dumpling, 10 dumpling and 12 dumpling options, accompanied by a selection of Chinese teas. The dumplings are at the discretion of the chef, which sent the youngest into a bit of a tailspin because she’s a prawn dumpling girl and a total fuss budget about anything else.

Fortunely Na Lan was kind enough to send out 6 plump prawn dumplings for the youngest, who then proceeded to look forlorn as every else’s delicious morsels arrived. 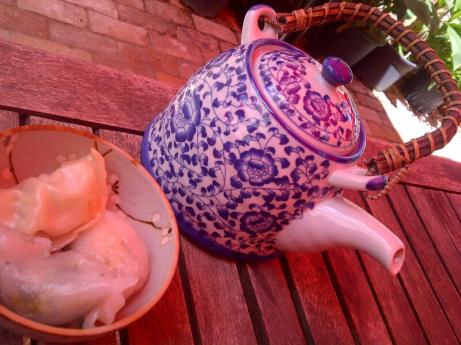 My favourites were the crab and snow pea dumplings and the duck dumplings. And the jasmine tea was pretty special too.

As we wandered inside to pay for our meals we were dazzled by the little store than Na Lan has created, filled with treasures. I bought two gorgeous tops, a red bangle for my sister to thank her for minding Charlie, a birthday gift for Husband’s sister and a couple of cute animal bag tags for the kids.

Thank you to Not Quite Nigella for the shop photo too!

Thoroughly worth a pit stop.

3 thoughts on “Now here’s something I wasn’t expecting”