Wow, it was such a hectic week in Hollywood. While the sad announcement about Paris Jackson’s suicide attempt dominated the news, there were plenty of happier (and sometimes plain weird) stories to tell. Here are my favourites …

The Baldwin family did their best to diffuse rumours cousins Ireland and Hailey are at war with this happy snap.

Demi Lovato told Rolling Stone magazine how she signed a no-suicide contract while starring in the TV show Barney & Friends at age 7.  Fortunately she proudly says she’s in a much happier place these days after spending time in rehab for bipolar disorder and low self-esteem.

Justin Bieber joined celebrities including Leonardo DiCaprio, Tom Hanks, Victoria Principal and Ashton Kutcher, who have booked themselves on the first commercial flight to space. A spot on a Virgin Galactic flight – which may happen as early as next year – requires a $250,000 deposit.

Days after former Glee star Charice Pempengco wiped away tears as she confessed to being gay on a Filipino TV show, her co-star Matthew Morrison discussed his own sexuality with The Huffington Post.

All Jennifer Love-Hewitt‘s Christmases came at once when she announced she was pregnant AND engaged.

Karl Lagerfeld made some rather alarming admissions about what he’d like to do with his cat if it was legal (marry it). And said he spoils her with personal maids, private jet rides, iPads, her own chauffeur and silver table settings. Fruitcake.

He also took credit, in a rather odious fashion, for helping Adele lose seven kilos.

Dannii Minogue announced her ovaries are available and that her gay friends are threatening to chase her with turkey basters. 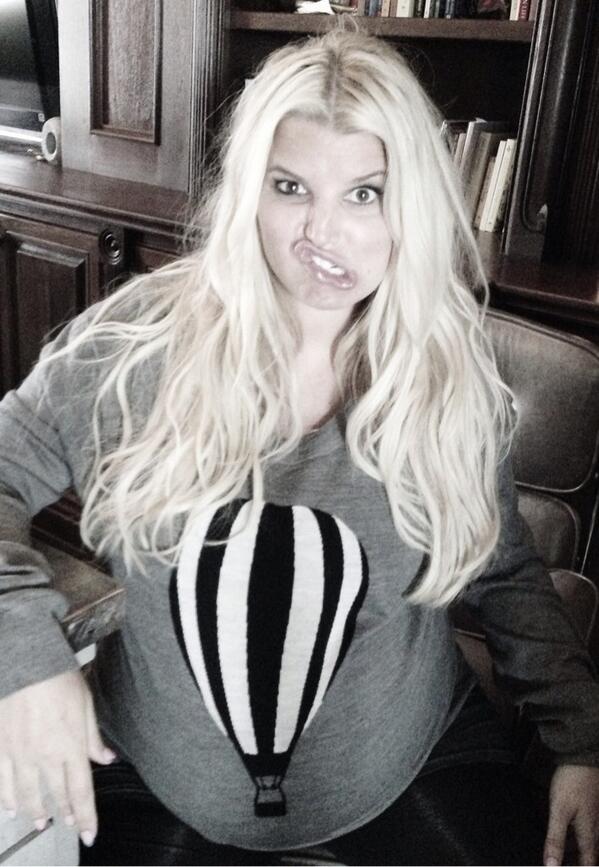 Jessica Simpson shared a hilarious pic of herself on Twitter in a hot-air balloon shirt, captioning it “metaphor”

Kim Kardashian shared the news she’s having a girl.

And Ethan Hawke confessed on a talk show: “My best onscreen kiss was with Angelina Jolie“. When the host asked what made it so good, Hawke replied: “Why is Amadeus, Wolfgang Mozart, a genius? I’m talking… Angelina Jolie was born to whittle men, to make them weak. And when she kisses you, you don’t know your name.”