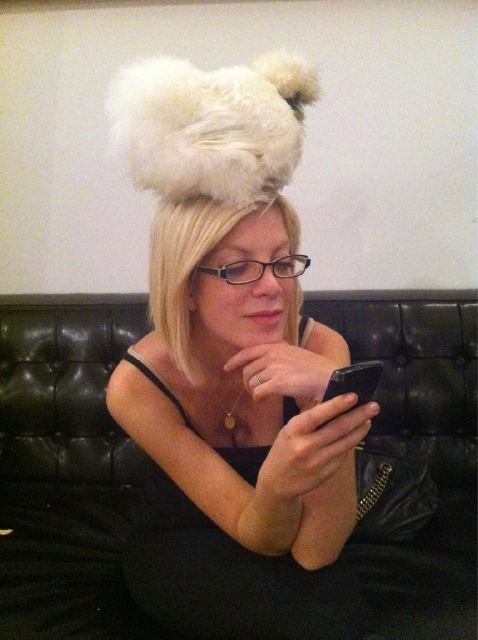 Things get a little wacky in Hollywood today, as stars sleep with chickens, pole dance and release tacky videos.

Tori sleeps with a chicken

Tori Spelling has posted a video to her Twitter account revealing she shares her bed with a chook.

“This is how we sleep…” she wrote, then panned across to husband Dean McDermott, a couple of their kids, their dog Mitzi and the family’s pet chicken, Coco.

Now, in my experience, chooks are not toilet trained, so that would be one messy bed.

PS Coco has also been known to attend Hollywood awards nights with Tori, and wear knitted sweaters, and sit on her head (as above).

PPS Tori has also previously posted pics of Hank the pig sharing their bed … (OK, I’m getting a little obsessed)

Michael Bublé has revealed why he was photographed by wife Luisana wearing a mud mask: “My wife put me in the mud mask. She said `Michael, it’s good for your skin, because you’re wearing make up a lot for the interviews … So I did the mask. I feel good about it, actually!’”

“Some of my friends called me joking and bugging me,” he tells ET Canada, “and I told them I kind of looked like a young Incredible Hulk.”

It’s been revealed Michael Jordan‘s extravagant second wedding to Yvette Prieto on Saturday – attended by around 2000 guests including Oprah – cost an estimated $10 million.

According to US Weekly, the reception space was decorated with crystal candelabras, candles and white roses, peonies and tulips with purple accents.

“The attention to detail was magnificent,” a source told the magazine. “The tent even smelled beautiful. I looked like the most luscious garden you could imagine. You walked into the dining room and it looked like heaven. The room was filled with thousands of candles, thousands. It was heavenly.” 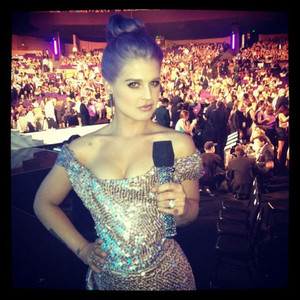 Kelly Osbourne has taken to Twitter to express her disgust at treatment she received at the Star Casino in Sydney last night: “In disbelief at how rude the security guard ‘Sam’ at the Star casino AU was to me & my friends for NO reason he is a first class twat!

“All I did was show him my ID to get into the casino he called me a liar & treated me like i was a criminal!”

Is this Hollywood’s happiest couple?

Jessica Alba has celebrated her 32nd birthday with a star-studded party at the popular LA nightclub Boosty Bellows.

While guests included stylist Rachel Zoe and Gwen Stefani, it was her husband of five years, Cash Warren, who stole the show.

“I could search for a lifetime and never find a best friend like you…Happy Birthday my lovely wife,” he tweeted the next morning.

“Thnk u 4 making me feel so special – and the love of my life @cash_warren ur my everything!” she replied, including a pic of the pair kissing at the party. Awwwww. 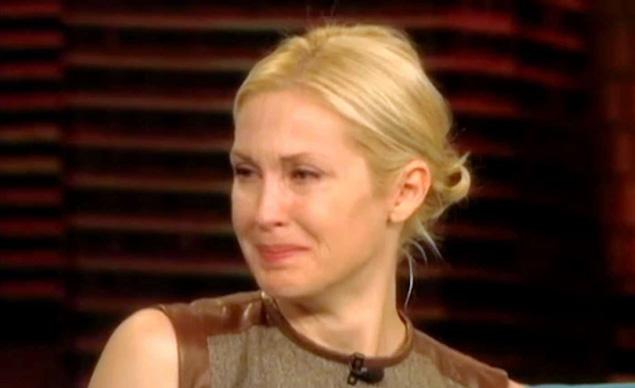 The pair have been at war for four years, with a judge awarding primary custody of her children, Hermes, six and Helena, three, to her ex, who lives in Monaco.

In an interview with E! News , Kelly said she has made over 40 trips to Europe to see her children.

She revealed she has “spent every penny. Every penny from Gossip Girl, my pension, my stocks has been spent fighting for my children.”

She now lives with a friend because she can’t afford to pay rent and is hoping to convince a judge at a child custody hearing in September to allow the children to live with her in New York.

The man who filmed a sex tape with Kim Kardashian six years ago, Ray J, has released a song called “I hit it first” that includes a video of himself cavorting with a Kim lookalike on a private jet.

See it below (if you can be bothered):

She did WHAT with her daughter?

Susan Sarandon has confessed on The Wendy Williams Show that she tagged along to one of her daughter’s pole dancing classes – while Amurri Martino was preparing for a role on Californication – and gave it a try.

“I ended up bruised and very discouraged,” Sarandon she said. “You have to really be strong. They should make an Olympic event out of pole dancing.”

Now that takes mother-daughter bonding to a whole new level! 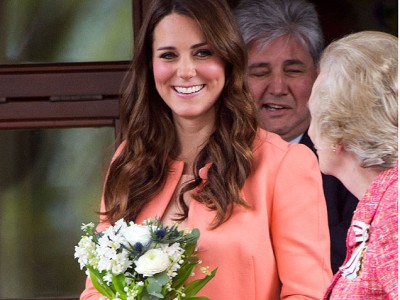 While Kate Middleton won’t be having a royal baby shower, she and Prince William still need to prepare. So it probably doesn’t come as much of a surprise that they’ve already picked out a stroller.

What is suprising: They’ve made an untraditional choice!

Many members of the British royal family spent their newborn days in a Silver Cross pram — those gigantic, antique-looking carriages that are more pretty than practical. According to Hello Magazine, Princess Diana, Prince Charles, Prince William, Prince Harry, and even the Queen herself were once pushed around in one. So many people expected the couple to heed royal tradition and choose one for their baby’s ride as well.

Instead, they’re opted for a … Bugaboo. According the Daily Mail, the Duchess told a group of Army wives at a recent reception that she’d bought a Bugaboo, joining the likes of celebrity mums like Victoria Beckham, Kate Hudson and Kourtney Kardashian.

Although Bugaboos range in price from about $650 to $1000, depending on the model, they’re a bargain next to the Silver Cross, whose iconic Balmoral model retails for around $4,000. (And it’s still possible that the royal newborn may have one of those, too!)

The Bugaboo is known for its modern design, suggesting the parents may do things a bit differently. Although the couple maintains they don’t know the baby’s gender, the color Kate picked may be a sign of someting else, too: She told folks at the reception she’d chosen baby blue.